A poll of close calls; take a look at the small margins that could have had the BJP sitting in the opposition; as many as 25 seats in Haryana and 37 seats in Maharashtra recorded victory margins of less than 5,000 votes. 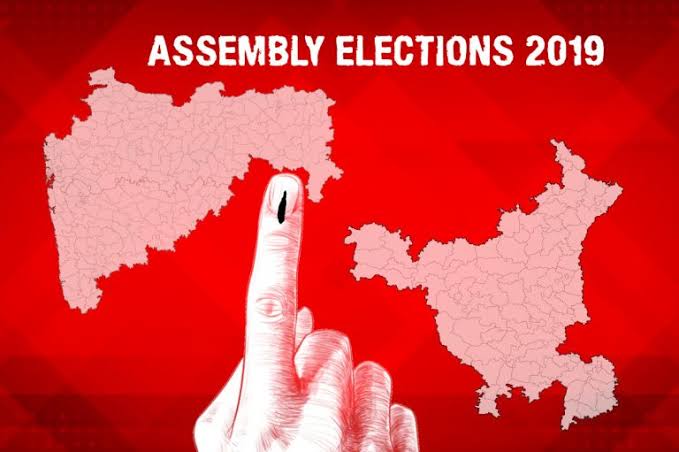 It is only when margins are very low that the counting goes down until evening and to the last rounds. A few constituencies kept parties on their toes till the very last round. One such seat was Chandivali in Maharashtra, which ended up with the Shiv Sena recording the lowest winning margin for a candidate in both states. Sena’s Dilip Bhausahab Lande beat Congress’ Khan Mohd Ari (Naseem) by a mere 409 votes!
Was it the only constituency to witness a close contest? A close look at the results shows that in 25 seats in Haryana and 37 seats in Maharashtra recorded victory margins of less than 5,000 votes. This despite the fact that the average victory margin of almost 16,000 in Haryana and more than 28,000 in Maharashtra.

Of these, at least 10 seats in Haryana and nine seats in Maharashtra saw the margin shrink below the 2,000 votes-mark.

Who Came Out on Top?

Results show that a few votes here and there could have possibly changed the entire outcome. For instance, among these 25 seats with margins smaller than 5,000 in Haryana, it was the Bharatiya Janata party (BJP) which won in eight constituencies and where the Congress had to settle for the second spot. These include most prominently the Kaithal seat where BJP’s Leela Ram defeated Congress’ Randeep Singh Surjewala by 1,246 votes, and Yamunanagar where Congress’ Dilbag Singh was defeated by BJP’s Ghanshyam Dass by 1,455 votes.

In eight other constituencies, the BJP was at the receiving end, while the Congress took the prize home, including Baroda where Congress candidate Sri Krishna Hooda defeated former Olympian and BJP candidate Yogeshwar Dutt by 4,840 votes.

Given that overall the BJP was reduced to 40 seats in Haryana from 47 in the previous assembly and the fact that Congress significantly improved its tally from 15 in 2014 to 31 this time. The outcomes of just a few seats could have changed the results.

Similarly in Maharashtra, in at least 14 of the 37 low-margin seats, the BJP-Sena candidate defeated the Congress-Nationalist Congress Party (NCP) to win the seat. Apart from Chandivali, these included Daund where BJP’s Rahul Subhashrao Kul beat NCP’s Ramesh Kishanrao Thorat by 746 votes.  However, there were nine seats where Congress-NCP emerged as the winner against BJP-Sena candidates. Interestingly, in eight out of these nine seats, it was the resurgent NCP which defeated BJP-Sena alliance.

Contrary to low margins, 36 seats in Haryana and 105 seats in Maharashtra registered victory margins of more than the overall average margins of 15,946 and 28,529 votes, respectively.

In Haryana, the highest margin was recorded by Devender Singh Babli of the Jananayak Janata Party (JJP) at 52,302 in Tohana, whereas NCP’s Ajit Pawar marked the highest margin of 1,65,265 votes in Baramati against BJP’s Gopichand Kundlik Padalkar.