Written by Rajiv Shah | Published on: October 28, 2019
Girish Chandra Murmu. The very name amuses me. A 1985 batch Gujarat cadre IAS bureaucrat, I still remember, during my interaction with him as the Times of India (TOI) man in Gandhinagar, his rather huge laughter (a loud “ha ha ha”) after he would frankly tell me what all was going on in the government. Now, the very same Murmu, 59, has been appointed the first Lieutenant-Governor of the Union Territory of Jammu and Kashmir. 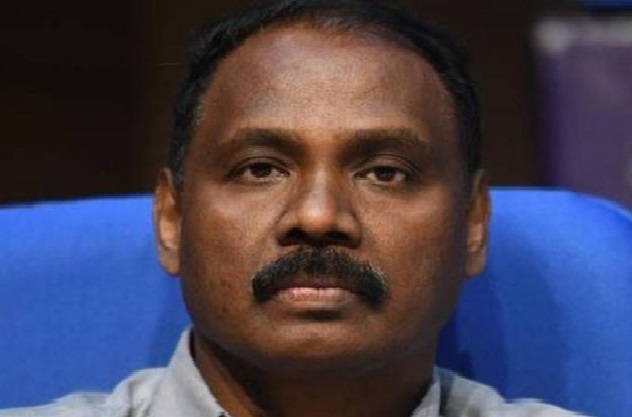 It has been widely reported, not once, but several times over, the role Murmu is said to have played as in the chief minister’s office (CMO) during Narendra Modi’s tenure in Gujarat – that his name came up during investigations into the 2002 riots and Ishrat Jahan encounter; that he was "deputed” to tutor the witnesses who were to depose before Nanavati Commission in 2004, a charge leveled by RB Sreekumar, a 1971-cadre Gujarat cadre IPS officer.

Initially, when I first met Murmu, I found he would feel somewhat neglected. Many of his colleagues – both junior and senior – would joke on him as and when I would interact with them. I didn’t know what the reason, but perhaps this had something to do with his humble background – he is a tribal from Odisha. In fact, looking back, I feel, he was more a victim of dominant sections in IAS. Many of them are known to look down upon their colleagues, who belong to scheduled castes (SC) and scheduled tribes (ST).


Credit must go to Modi for spotting Murmu, a tribal, and allowing him to rise, albeit within the controversial framework as Gujarat chief minister

Seeking upward social mobility, I also found, there has been a tendency among some SC and ST IAS officials to hide their background. Some of them, for instance, never wanted to be addressed by their surname. One official, as collector in a North Gujarat district, even dropped his surname from his nameplate. He went further after he was posted in Sachivalaya, circulating a rather longish write-up in the Gujarat IAS email group explaining why he shouldn’t be called a Dalit.

Murmu, I feel, must be feeling a similar neglect, even as he may be seeking to climb up the social and bureaucratic ladder. Not without reason, a senior IAS official once quoted Murmu as wondering whether the “Brahminical-minded IAS officials” would ever allow him to rise in the bureaucratic ladder. “They wouldn’t allow me to go to Delhi in any case”, he said. Indeed, credit must go to Modi for spotting Murmu and allowing him to rise, albeit within his controversial framework as Gujarat chief minister.

Murmu showed his mettle despite the fact that many of his colleagues would remind me that he wouldn’t be much of a success. In 2001, the year Modi took over, Murmu was relief commissioner, a post considered not important among IAS officials. Thereafter he became commissioner, mines and minerals, where he held on till 2003. Then, for less than six months, Murmu became managing-director, Gujarat Maritime Board, a relatively prestigious post.

This is the time Murmu left for a year-long foreign training. It is after his return in 2004 that Murmu’s real rise began, and has not stopped ever since. As joint secretary, Murmu looked after law and order in the home department, which was directly handled by Modi, who was in charge of home in the Cabinet, while Amit Shah was minister of state for home. In 2004, UPA came to power, defeating NDA, and it is during this period that he began handling riots-related cases in the home department, a post where he continued till 2008, pushing him further closer to Modi.

During this period, apart from remaining in home, Murmu took up every responsibility which Modi wanted him to take up, holding additional charge of posts considered unimportant. He took additional responsibility as registrar, cooperatives, and also managing-director, Gujarat Industrial Investment Corporation (GIIC), a defunct public sector undertaking. It was during his period, I believe, that Modi thought Murmu could be trusted.

Murmu was brought to CMO 2008, from where he continued handling home, a job he was already doing, and continued there till Modi left to Delhi as Prime Minister. All through, between 2008 and 2012, the period during which I interacted with him in CMO, I found him, as a “true” karmayogi, diligently doing all that Modi wanted him to do. If Modi did not want him to abroad for Vibrant Gujarat propaganda work, Mumru wouldn’t (he canceled his trip to Moscow, avoided going to US for a four months course), but promptly went to South Africa when Modi wanted him to.

In fact, Murmu would handle particular care Amit Shah’s case papers files, going to Delhi whenever requirede, especially when the latter was in jail in the Sohrabuddin fake encounter case. When Shah applied for bail, Murmu is said to have done all the groundwork for Shah – something about which he made no secret while talking to his colleagues. He managed to see that Modi’s name is dragged at any point of time. In fact, it was reported, Murmu’s ways pleased Modi so much that he was trusted more than the IAS officials who headed the home department.

His closeness to Modi was not of a typical bureaucrat, whose personal views would often differ from their public posture. I don’t want to name them, but many of them would praise Modi in public, but would go so far as to call Modi a “fascist”. Meeting me and other colleagues, Murmu, was, however, was clear in what he thought – that Modi should not be held directly responsible for Gujarat riots.

He appeared to take the view which was controversially held a few weeks back by well-known journalist Rajdeep Sardesai. Even as refusing to agree or disagree to my query that Modi may have asked officials to allow people to vent their anger against Muslims following the Godhra train burning, in which 58 people were burnt alive, Murmu would insist, at that time Modi “lacked political acumen of an administrator”, as he had just taken over the reins of power.
Murmu believed, Modi didn’t have administrative experience needed to direct officials what to do. In fact, Modi “didn’t know” whom he was dealing with. Insisting that, at that point of time, it was the duty of those who surrounding Modi to “tell the truth”, which they did not, Murmu once told me, Modi may perhaps have been driven by the emotion of any Hindu leader in a given situation, when the train burning led to the death of kar sevaks in Godhra.
Murmu didn’t blame Modi for having his constituency in mind – the Hindu voters. Instead, he blamed IPS and IAS officials for failing to advise Modi or acting the way they should have. As serving officials, they are supposed to act firmly when the situation demands them to, Murmu asserted once. They should not be guided by the political thinking of their bosses, he added. Yet, IPS and IAS officers acted as if they were never in the field, or refused to take firm decisions, for instance, when the Gulbarg Society was attacked, killing ex-Congress MP Ehsan Jaffri. In fact, they “evaded” tough decisions.
Blaming his IAS bosses who ruled the roost during the riots for acting in an “over-cautious manner, afraid of facing difficult situations”, Murmu, pointed towards how one of them was “more busy” in analyzing Bhagwad Geeta than looking after the home department. With these types of officials, and crowds running amuck during riots, things were bound to happen as they had, he would suggest.

What could Modi do, surrounded as he was by such officials?, Murmu told me once. If Modi went wrong, what stopped these officials to act? It was a situation very similar to the 1984 Sikh riots. Rajiv Gandhi was a novice in handling administrative affairs, and the police officials in Delhi went indifferent, he suggested.