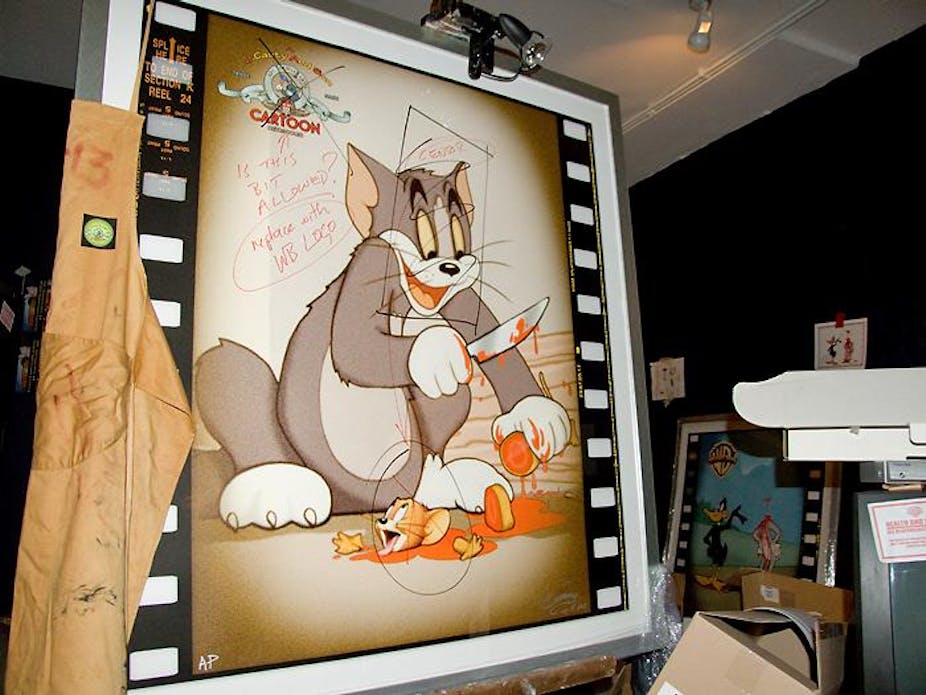 With more access, children are more likely to be exposed to violent content – like real-life or cartoons where force is being used and harm is being done to a person or character. Studies show that 37% of media aimed at children have scenes of physical or verbal violence. What’s more, 90% of movies 68% of video games, 60% of TV shows, and 15% of music videos have some form of violence. In some cases, it’s rising – the amount of violence in mainstream movies has been growing steadily over the past 50 years.

Evidence shows that this can be detrimental to young children. Around the ages of three and four children begin to develop perceptions and expectations about the world around them. These views are strongly influenced by their daily experiences. If children are often exposed to scenes of violence, they may develop a view of the world as a more dangerous place than it actually is.

To investigate this further, and predict the types of mental health outcomes this has, my colleagues and I examined the potential long-term risks associated with exposure to violent media on children’s development. We found that those exposed to violence become more antisocial and emotionally distressed.

Through parent reports, we measured children’s exposure to violent movies and programmes in 1,800 preschool aged children between the ages of three and four. Four years later, second grade teachers rated the same childrens’ classroom behaviour using a social behaviour questionnaire – which covers behaviour such as physical aggression, inattentiveness and emotional distress over the course of the school year. Teachers were unaware of which children had been exposed to violent media.

To rule out the impact of the home environment on the development of these behaviours, we controlled for the contribution of early childhood aggression, parenting quality, maternal education, parent antisocial behaviour and family structure.

According to our results, teachers rated exposed children as more antisocial. Antisocial behaviours include; a lack of remorse, lying, insensitivity to the emotions of others, and manipulating others.

Our results also reveal significant associations between exposure to violent media and classroom attention problems. Furthermore, exposed children were reported to show more signs of emotional distress; in terms of sadness and a lack of enthusiasm.
The results were similar for boys and girls.

The content of media to which young children are exposed is closely related to child outcomes.

Age-appropriate programmes – like sesame street for kindergarteners– which aim to help children understand words or ideas, are known to help them develop language and mental skills.

New technology can be useful too. Video chat technologies – like Skype or Facetime – which give children an interactive, two-way live exchange with adults facilitate language learning.

On the other hand, violent films and video games often feature attractive protagonists that engage in a disproportionate number of aggressive actions. Children exposed to this type of content can develop a deformed perception of violence and its actual frequency in real life.
Eventually, this can give rise to the impression that the world is an overly dangerous place filled with ill-intentioned people. People that have such a worldview are more likely to interpret an ambiguous or accidental gesture as hostile or as a personal attack.

There are steps that parents can take. By modelling, positive non-violent behaviour – like using respectful communication to solve problems rather than aggression – and having conversations about the violent images their children are exposed to, parents can reduce the negative effects of violent media on their child’s development.

Parents should also keep bedrooms free from screens, closely monitoring children’s media usage, and shutting off the internet at night.

This article is republished from The Conversation under a Creative Commons license. Read the original article.