A just-released report, seeking to debunk the view that people in Jammu, the second biggest city of Jammu and Kashmir (J&K) after Srinagar, people had gone “out celebrating” abrogation of Article 370 which took away the state’s special status, has reported what it calls “abominably high levels of fear” across all sections in the town. 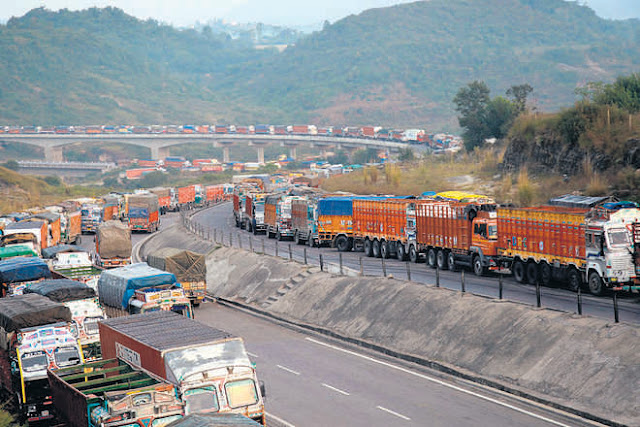 Psychiatrist Anirudh Kala, academic Brinelle D’Souza, journalist Revati Laul and human rights activist Shabnam Hashmi, who were in Jammu on October 6-7, who were as part of a fact-finding team in J&K, have said in the report that more than half the people they contacted in Jammu “froze” when they heard they wanted to meet them.

“They refused outright to meet us or even engage with us on the phone, even when we made it clear we were not going to mention any names”, says the “citizens’ report”, titled “Kashmir Civil Disobedience: Trauma, Resistance, Resilience Two Months On”.

Pointing out that “the centre of this terror is located in Jammu's commerce, its business community”, the report says, “In the grip of this coma (was) the head of the chamber of commerce, who called for a blockade to be held on the September 16” but withdrew the announcement on September 14 within a few hours, stating “the government had given him an assurance that business would not be hit.”

The authors quote an insider as stating “that the story doing the rounds was that he was scared of being sent to prison”, even as quoting another businessman, on various committees, as telling them, “It's widened the rift between people. Trade is hampered, work is not happening. Banks are not functioning. 60% of Jammu's trade is with Kashmir, so that is affected.”

Asserting that this is the “untold story of Jammu and its trauma”, the report quotes a transporter as saying, “Post the abrogation of 370, Kashmir has had one eye taken out, Jammu has had both eyes removed.”

No doubt, according to the authors, unlike the Kashmir valley, Jammu was not in a lockdown, there was no civil disobedience, landlines, mobile networks, shops, restaurants and malls were open and WIFI connections worked.

However, they say, the internet was an “abominably slow” with files that took three minutes to transfer in Delhi, were buffering all night in Jammu.” Tourists were absent. “We were the only occupants at our hotel, the Ashok, which has 45 rooms, most are booked out at this time of the year.”

Outside, the authors say, “The security forces that were omnipresent in Kashmir, were much fewer and far between by the day. After dark, the picture changed and cars were stopped and checked regularly.”

Not without reason, they say, distress was writ large on a contingent of transporters and traders whom they met. Pointing towards how the Rs 35,000 crore business in Jammu was on a standstill, a businessman said, if earlier 500 trucks at the railway station “would have a trip a day” now those trips are “down to one trip in four days. That's business cut down to a quarter already.”

Yet another businessman said, “We are in the Dussehra season. The wholesale market, the mandi is normally so crowded there's no place to stand. Now it's desolate. This is the apple season in Srinagar. Last year, in this season, Rs 7,000 crore of business was done." He added, "This time the government is saying they will buy fruit worth Rs 8,600 crore from Srinagar. How will this fruit get to the mandi? When individuals aren't being able to go and pluck fruit from their orchards because of the overall climate of fear?” 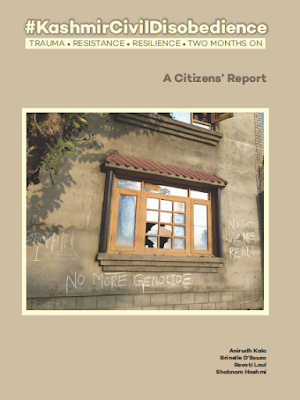 A transporter said, “The biggest fallout of 370 is in Jammu. The taxi business has failed, hotel – failed, transport – failed, tourist – failed. We had 25-30 tourist buses going every day to Kashmir. Now there's no one to take tours. Not one bus is going out.”

A businessman complained, “I have a garments business. It's at zero right now. I have three months' worth of payments pending from Kashmir. That's not happening. 50% of my business is with Kashmir. Then tourists come to the Pir Panjal ranges to buy stuff. That's also stopped.”

Stating that while the fear in Kashmir was obvious, expected and spoken of, the fear in Jammu “was hidden, macabre, even mocking”, the report – which deliberately avoids naming any individual – found fear particularly high in the University of Jammu, where they were told that “you can say 370 has been removed and `BJP ki jai.' But you can't say government has done wrong. The moment you say that you will be picked up.”

A teacher said, “We are under pressure not to write anything against the government, otherwise we fear being sent to jail somewhere in Agra or some other place. (like so many people have post the abrogation). Now, there is no one to back us. We can't write on Twitter and Facebook. I had stopped posting a year back. Even the twitter comes under scan, they start questioning the uploads.”

Yet another teacher said, “People call me and tell me -- ‘You are speaking like this -- you know how unsafe it is. The police is under the control of the forces. They are now using police against us for spreading fear. They can put any charge, even Public Safety Act (PSA)’. Now a lot of people are understanding and they are abusing and saying we did a mistake by voting for them.”

Minority students in the university particularly pointed towards how they are being called terrorists on campus for being Muslim and live in the constant fear of being lynched. The report quotes a students as saying, “We have our local identities here. We are Gujjar, Bakerwal, Pahadi, Dogra. But we are increasingly being termed only as Kashmiris and looked upon as if we are all terrorists and Pakistan supporters.”
Another said, “I live in fear of lynching. Two-three boys said I am a militant, they told others too pointing at me. They are close to the administration.”
Yet another student talked of how “good student-teacher relations on the campus” have been suddenly undermined. The teachers “have started looking at us in terms of Hindus and Muslims. We had friends who were both boys and girls. There were many girls in our friends' circle. Now we are labelled as ‘love jihadis’ if we talk to them.”