Written by Ian Hughes | Published on: November 5, 2019
As the impeachment investigation gathers pace on Capitol Hill, some commentators have argued that if Donald Trump remains the Republican presidential candidate in 2020, there is no way the election could be deemed legitimate. 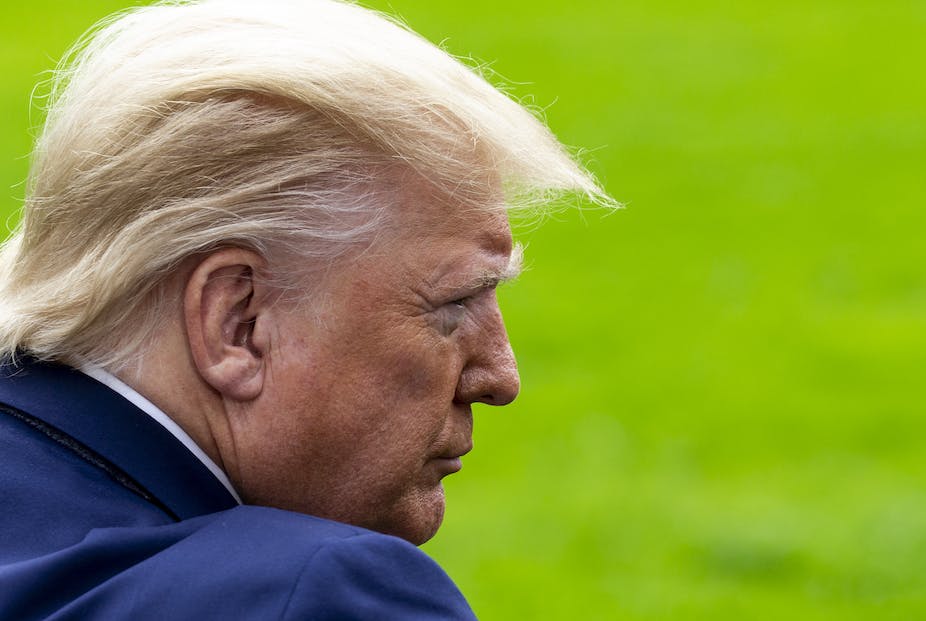 Whole swathes of US and global opinion were horrified by Trump’s election in 2016 and feared the consequences. A vocal minority, even before the election, based their opposition to Trump on their assessment of his psychopathology. The argument was, and remains, that Trump’s mental state poses a threat to US democracy and to global stability.

As the impeachment investigation and its fallout continues, Trump’s mental health is now receiving increased attention. In August, the Financial Times published a cartoon of a padded cell with a plaque on the wall saying “Oval Office”. In October, the lawyer George Conway wrote a lengthy article on the issue entitled Unfit For Office for The Atlantic magazine.

Discussing the mental health of political leaders, however, remains deeply controversial. The “Goldwater Rule” of the American Psychiatric Association states that it’s unethical for a psychiatrist to offer a professional opinion concerning a public figure unless he or she has conducted an examination of that public figure and has been authorised to do so. Some have argued that talking about the mental health of politicians could stigmatise those with mental illness and open the door to the misuse of mental categorisation in political debate.

Such concerns are valid and need to be addressed. Still, as I’ve argued in my own research, there are three compelling arguments for why we must talk about the mental health of political leaders.

The first argument is that leaders with certain mental disorders may be incapable of carrying out the duties of office and may even pose a danger to society. This is the argument in Conway’s article and the argument that motivates most mental health professionals, and others, who have spoken out against Trump, myself included.

Trump displays repeated and persistent behaviours consistent with narcissistic personality disorder and antisocial personality disorder. These behaviours include craving for adulation, lack of empathy, aggression and vindictiveness towards opponents, addiction to lying, and blatant disregard for rules and conventions, among others.

The concern is that leaders with these two disorders may be incapable of putting the interests of the country ahead of their own personal interests. Their compulsive lying may make rational action impossible and their impulsiveness may make them incapable of the forethought and planning necessary to lead the country. They lack empathy and are often motivated by rage and revenge, and could make quick decisions that could have profoundly dangerous consequences for democracy.

But there is a crucial caveat. The argument that a leader’s mental health may pose a danger to society doesn’t apply to most mental illnesses, such as depression, bipolar disorder or anxiety disorders, for example. In the vast majority of cases, evidence clearly shows that people with mental illness are not violent and do not pose a danger to others. The argument does apply, however, to narcissistic personality disorder and antisocial personality disorder, and so discussion on the mental health of political leaders should be confined only to this small number of disorders.


The rise to power

A second compelling reason for discussing psychopathology in politics is that it allows us to better understand the dynamics of how dangerous leaders rise to power. Their rise requires all three elements of a “toxic triangle” comprising leaders with dangerous psychological disorders, a core base of followers and an environment that is conducive to their rise to power. Such people do not rise simply on their own, but rather as part of a political party that adopts their values and enables their rise to power. 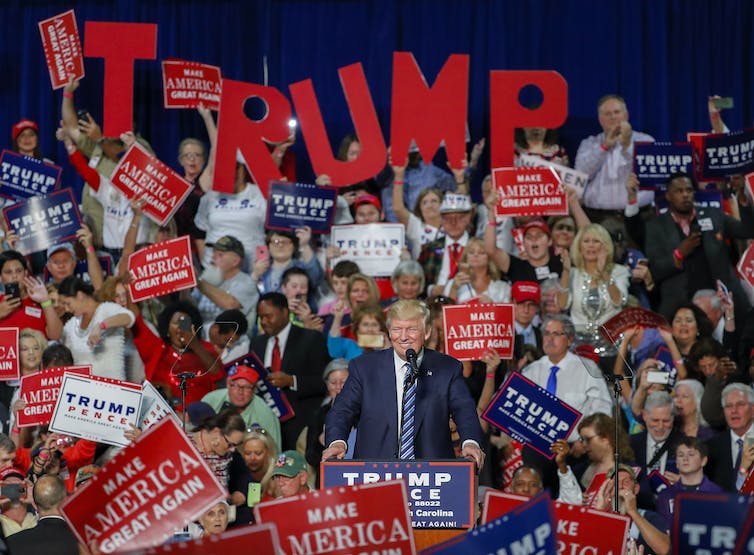 This understanding of how pathological leaders emerge has profound implications for democracy. It suggests, for example, that mechanisms such as impeachment and the 25th amendment of the US constitution, which determines what to do if a president become unable to discharge their powers, fail to address the very real dangers that pathological leaders pose to democracy.

Such mechanisms rely on the rogue leader being somewhat of an outlier and depend on the majority of legislators remaining wedded to democracy. However, because pathological leaders typically rise to power with the support of political parties and with mass support, this is often simply not the case. The congressional majorities needed to enact the 25th amendment or to impeach the president will not exist in this type of situation. New mechanisms to defend democratic institutions against authoritarianism are therefore urgently needed to account for the group nature of this phenomenon.

A third reason for talking about this issue is that an understanding of how pathological leaders rise to power allows us to devise effective remedies to escape from this dangerously divisive moment. The explanation of why dangerous leaders such as Trump rise to power doesn’t only include their psychopathology. It also encompasses the underlying economic, political and cultural reasons for their appeal.

So too then must the solution. Trump was elected because he came along at a time when many ills afflict the country. People voted for him in large numbers because he promised to right those ills by whatever means necessary, even if that included undermining democracy by attacking the press, demonising and threatening opponents, praising dictators and subverting the norms of democratic government. It is only by addressing American society’s genuine ills through democratic means, however, that the country can hope to recover from the narcissistic fog that Trump has created and regain its civility and moral leadership.

Those who wish to restore American democracy must begin to have a civilising conversation about personality disorders and politics. Such a conversation is urgently needed to recognise the true nature of the danger democracy faces, and contain it.