Written by Vidya Bhushan Rawat | Published on: September 28, 2019
Past and present, India cannot lay claim to ‘greatness’ as long as caste discrimination & Untouchability not just exist but lead to lynching of children 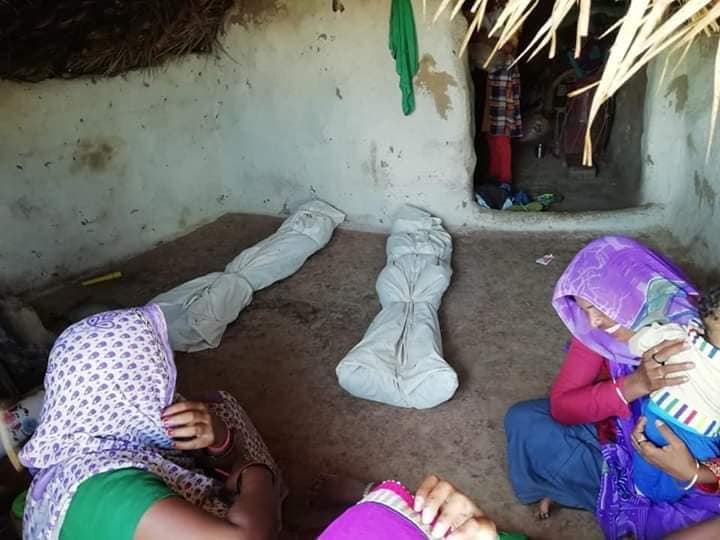 Two kids, who happened to be born in the Valmiki community, became victims of a deep rooted caste hatred which the caste Hindus have been nurturing since centuries. What was the fault of these kids?That they were Dalits, and that, too, of the community which is 'supposed' to keep the street, houses, 'clean'. A community which has kept India clean, and carried the dirt of the caste Hindus for centuries, is not allowed to live a life with dignity. Most of the Valmiki bastis are out of sight for India's politicians and officials. Not even the activists go to their place.

About two decades ago, an English journalist wanted to do a story on the condition of manual scavengers in India and she told me that she wanted to visit a family. I took her to a friend’s house in Trilokpuri in Delhi. It was summer. She arrived in her car. When she saw the condition of that locality, she was not willing to come out of the car. Yet, I insisted. She came to the house but could not sit there for more than a minute.
While I remained there, she decided to sit in her car. This was the story of Delhi but elsewhere, too, India has criminally kept the community outside the ambit of developmental work.

That’s why the motives of Swachch Bharat Abhiyanmust be questioned, and are questionable, if it does not have any meaning for millions of those, who have been kept untouchable and isolated just for keeping India and our families clean. Why did NarendraModi or his party not speak of the rampant discrimination that Valmikis and other manual scavenging communities face? Where are homes, schools and rehabilitation for the community whichis at the receiving end of untouchability and discrimination not only from the Savarnasbut, at many places, from OBCs as well as some other Dalit communities, who feel that they are placed higher in the caste ladder?

Look at the situation of this village in Shivpuri district in Madhya Pradesh, where Avinash, 10, and Roshini, 12, belonging to Manoj Valmiki's family, were killed brutally by HakamYadav and RameshwarYadav. Why were they killed? The two were defecating in the open. Nobody asked why? According to a report in the Indian Express newspaper today, there are 300 families of Yadavs in the village, followed by Jatavs, but the Valmikis, who live on the absolute outskirts, are merely two families. Both of them live in semi constructed houses and do not have any toilet. As the village is dominated by the Yadavs, it is certain that these Valmikis must have been employed incleaning their dirt. However, since the upper castes might now have toilets at home, they would surely get upset with the communityas they are no longer needed there. The children clearly tell us that there is deep rooted caste prejudice and untouchability against them at school.

The villages in India are a copy of Manu's model and every basti is based on caste. The caste system is followed fully and with great adherence. The other communities have no sympathy on this issue. Look at this village. Two children are murdered brutally and there is no pain, no shame or remorse among these 300 Yadav families. In fact, some of them are defending the act, some are suggesting that Hakam Singh was 'mentally unstable' and he would have killed anyone. These are pretexts to save themselves. Where were the others when this happened?In a village, nothing happen in isolation, people gather in large numbers when things happen but when they realise that it may be problematic, they keep quiet.

Can you imagine that two kids were murdered by two caste Hindus, who consider themselves caste superior, and none of the villagers ever bother to visit the families of these two victims. The community is defending the criminals, and has no time to assure the families of these children that they are with them and they will get justice. This is caste hatred. That, even after the crime, you shameless morons don’t even think it necessary to go and meet the families, apologise to them, assure them. No, the cowards and criminals will get polluted if they visit the families of these untouchables. Where will you get such a barbaric society,in which, after murdering the kids of the outcastes, no one even bothers to attend their funeral just because of their fear of getting 'touched'? This is the power of caste that blinds you. Right and wrongs become caste based. Criminals get strength from it because caste members stand with them. This is pure caste privilege and I can say even the police will fail the case. After some days, the case would be forgotten and things will come back to normal. If this Valmiki family makes some noise, they will try to shut its mouth with money or threaten to throw it out of the village.

The big question is why don’t we speak against it? When did our schools teach our children that untouchability and caste discrimination is a crime? Did Swachcha Bharat and its proponents ever speak about it? Why is the entire campaign to clean India not reaching the ValmikiBastis or dombastis? Do the officers or civil servants, who have janeu and red tikkaon their foreheads, or wear rings given by different Babas in their fingers or big rudraksh thread, ever visit these bastis? Can they do justice to the poor and marginalised, if they continue to live in their caste glory? Why is no severe action taken against students, teachers, staff, parents,grampanchayatswhen cases of caste discrimination come to light?

India's constitutional provisions have not worked a hundred percent on removing untouchability. The Constitution, actually, did not eliminate caste. Baba SahebAmbedkar always talked about social democracy and felt that, in its absence, our political democracy will fail. Our politicians have ensured that we remain Manu-ised socially, to ensure that this constitution fails because if it succeeds, then we will have an egalitarian society based on equality, liberty and fraternity but such a society would annihilate the caste privileges being enjoyed by various communities and their leaders. It is because of these privileges that the Manuwadis donot want the caste system to go.

Coming back to this case, what is Madhya Pradesh CM,Kamalnath's solution to this issue? What is the compensation on the issue? If Congress is sincere, it must take the task of honourably rehabilitating the Valmikis and other communities engaged in manual scavenging. Give them land for farming, provide them with school and college hostel facilities and take full care of their education, give them employment in non-sanitation work and declare untouchability as crime against humanity and punish all those who practice it, irrespective of caste. Are our leaders ready to take this? Will our progressivesfind time to discuss the damage that Manu-streamed polity has done to this country?

Murder of Avinash and Roshini is a hate crime, a crime against humanity and India needs to give this issue top priority, and not side track it under some pretext. All claims of progress, great power, greatcivilisation are bogus and hypocritical, as long as we have untouchability and caste discrimination in our society.