Usually newspapers carry depressing stories. Massacres, mob lynchings, rapes, shoot outs, civil wars, tsunamis, earthquakes etc etc. These stories leave a bitter taste in the mouth. I have to add extra sugar to my morning tea! But today, it was different. A heart-warming news story caught my eyes. THE  AMU HAS DECIDED TO INCLUDE DARA SHIKOH’S BIOGRAPHY IN THE SYLLABUS. The news is music to my ears. Dara Shikoh could have become Hindustan’s best ruler. Unfortunately, this didn’t happen. Sometimes, great countries are ruled by bigots and pygmies like Aurangzeb and Narendra Modi. Aurangzeb levied tax on his Hindu subjects and Modi invoked Newton’s Law when blood flowed on Gujarat’s streets! 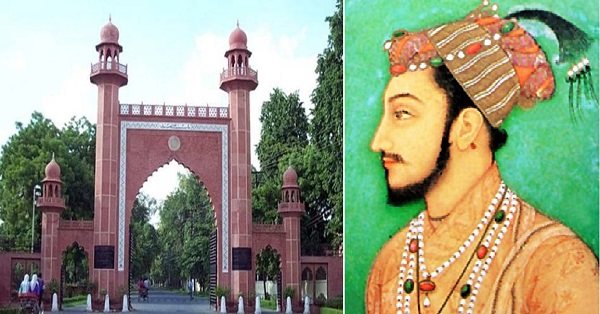 Shah Jahan’s reign saw the Mughal Empire at its zenith. He was a great builder who built the Taj Mahal, the Red Fort and the Jama Masjid of Delhi. To this day, these iconic buildings represent the soul of India. The Independence Day is celebrated at the Red Fort and the Taj Mahal symbolizes India in the same way as pyramids symbolize Egypt. Shah Jahan also laid the foundation of Shahjahanabad, one of seven Delhis. Ibne Insha, the Urdu humourist, once jokingly remarked that if Shah Jahan had not been an Emperor, he would have been a “raj mistri” (a mason)! Such was Shah Jahan’s zeal for buildings. His favorite daughter Jahanara founded the Chandani Chowk in the heart of Delhi. Shah Jahan was also a foodie. He relished exotic meals. Recently, I came across a cook book Nuskha-e-Shah Jahani (Recipes of the Shah Jahan age), penned by the food historian Salma Hussain. It tells us that Shah Jahan had mutton gulab jamuns at his dastarkhwan (dining table). Mutton gulab jamuns? I’ll try some day.

And Shah Jahan, like Dasrath, had four sons. Dasrath had Ram, Lakshman, Bharat and Shatrughan. Shah Jahan had Dara, Shuja, Aurangzeb and Murad. The eldest son Ram was Dasrath’s favorite. And the eldest son Dara Shikoh was Shah Jahan’s favorite. Dara Shikoh was a man of letters. A great philosopher well ahead of his times. Very similar in temperament to his great grandfather Akbar. He was a Sufi at heart who believed in Sarv Dharm Sambhaav (equality of all religions). A brand ambassador of Hindustan’s Ganga-Jamni tehzeeb, the Gandhi of the Mughal Era!

When Shah Jahan fell ill, swords were unsheathed to capture the Peacock Throne. The coveted Takht-e-Taus of Hindustan. As the eldest son, Dara Shikoh was the obvious successor to Shah Jahan. The crown prince (yuvraj, as they say in Hindi). But Aurangzeb was a cunning guy. A “chatur lomdi” of Panchtantra stories. When the succession battles ensued, Dara Shikoh had an upper hand. But the Battle of Samugarh changed it all.

A small mistake made by Dara at the battle cost him the throne of Hindustan and his life. Dara Shikoh rode an elephant as the Indian kings often did. Aurangzeb’s army stood no chance. But then Dara Shikoh dismounted the royal elephant for no specific reason. And his soldiers got confused. Seeing an empty “howdah” (the seat on elephant back), they panicked. Thinking that Dara Shikoh  was killed, his soldiers ran helter skelter. A delighted Aurangzeb seized the moment and turned the tables. Dara was captured. Like a wild animal, the Mughal  shahzada was caged. He was tortured and then beheaded at Aurangzeb’s orders. (Before Hindu fanatics jump on this incident as an example of Muslims’ cruelty, let me remind the Ram Bhakts that Pramod Mahajan was murdered by his younger brother Praveen Mahajan!). Thus, Dara Shikoh’s momentary lapse changed the course of history. “Lamhon  ne  khata ki, sadiyon ne  saza  paayi” (moments made errors and centuries suffered.)

Aurangzeb ascended the Mughal throne and predictably proved to be an unmitigated disaster. To rule a big country, the ruler needs a big heart. Aurangzeb was a Sunni bigot full of hatred towards Hindus, Sikhs and Shias. Rebellions against his rule became the order of the day. He put the Sikh Guru Tegh  Bahadur to death but couldn’t crush the Sikh resistance. Marathas rebelled under Shivaji, called Mountain Rat by Aurangzeb. Jats revolted near Agra and Mathura. And then Aurangzeb shifted to Deccan to bring Shia kingdoms to knees. But Golconda and Bijapur proved hard nuts to crack. It is said that Spanish ulcer destroyed Napoleon. The Deccan ulcer caused Aurangzeb’s doom. The old Emperor, exhausted by ceaseless battles, breathed his last in Deccan and the fall of Mughals began.

In 1739, Nadir Shah raided Delhi and took with him the Peacock Throne to Persia. The Mughal Emperor Muhammad Shah Rangeela hid the priceless Kohinoor diamond inside his turban. When Nadir Shah came to know about it, he exchanged his turban with the Mughal Emperor as a token of friendship!

Curtains finally came down on the Mughal Empire after the 1857 Mutiny. The last Emperor Bahadur Shah Zafar was arrested at Humayun’s Tomb. The Emperor was exiled to Rangoon, Burma where he died in prison. A heart broken man who couldn’t get “do gaz zameen” in his motherland for burial.

The New India has almost forgotten Dara Shikoh. The only Dara, Indians remember is Dara Singh, the wrestler. But Dara Shikoh was a tragic hero. A scholar-warrior who fought for truth, justice and communal harmony. The Aligarh Muslim University has done well to include his biography in the syllabus. Aligarh is known for “tala ” and “taaleem” (locks and education). I hope that Dara Shikoh’s glorious life will open some locks in the closed minds of communal Hindustanis!