For the last two days, block officials responsible for disaster mitigation as also other officials are trying their level best to persuade the agariyas of the Rann of Kutch and coastal areas to return to their villages. Four days back, around 150 visitors to the Vaccharajpur Temple, fondly known as ‘Vacchada dada nu mandir’, got stuck in the muddy surroundings, as their vehicles could not move due to sudden rain. 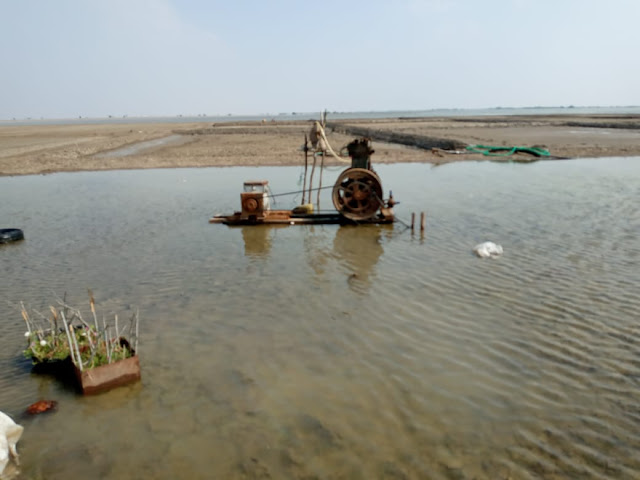 Youths from Zinzuwada villages came to the rescue of the devotees. Only  villagers living in the periphery know the vast expanse of the Rann thoroughly. Just by looking at the mud pattern and humidity they can sense how safe or dangerous could it be during the day. All the devotees were brought back safe.

Two days later, there came the warning of Maha cyclone and heavy rainfall. The local Sankalan Samiti, or the coordination committee, chaired by the deputy collector, met in the presence of the local MLA, discussing several serious issues concerning the Rann, especially hundreds of agariyas, who had already already moved to the Rann for salt cultivation.

No doubt, rainfall at the start of the season usually saves some amount they spend on diesel, which they require to pump out water to make bunds for saltpans and level the beds of the saltpans. This earthen work continues for a month, after which agariyas pour water into saltpans in order to cultivate salt. 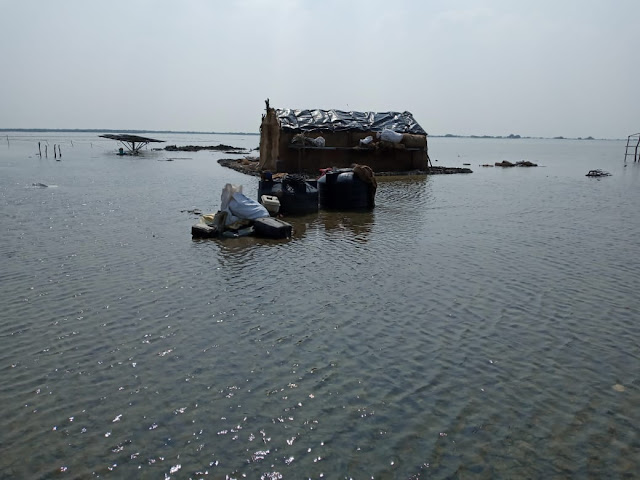 “One barrel of crude oil/diesel is saved if we get rain water during this time”, said Keshubhai Surani, one of the salt farmers from Ghatila Rann area, pointing towards the reason why most of the agariyas did not leave Rann despite recent post-monsoon rain. One barrel costs around Rs 12,500, an amount which they usually borrow from trader.

"However", he admitted, “This time, prolonged post-monsoon rains affected us. We wouldn't be able to cultivate crystal salt for more than six months this year.” Traditional salt farmers of the Rann make crystal salt, called Vadagaru, or Poda which takes six months to take the shape of full size crystal to fetch price of up to 24 paisa per kg.

Surani continued, “This time rainfall continued for quite some time. The Rann got filled up with much more water than what we required. Block officials, activists working with the agariyas, belonging to the Agariya Heet Rakshak Manch (AHRM), and community leaders had to work overtime to evacuate them from the Rann.
These agariyas had already made their makeshift huts, a temporary shelter during their stay in the Rann . But as water levels increased, they were in a dire straits. The whole area got flooded. It was impossible to keep their utensils, blankets, grocery, everything, safe. They had to leave the Rann immediately. They had to walk several kilometres through water with muddy and slippery ground to reach their villages safe. 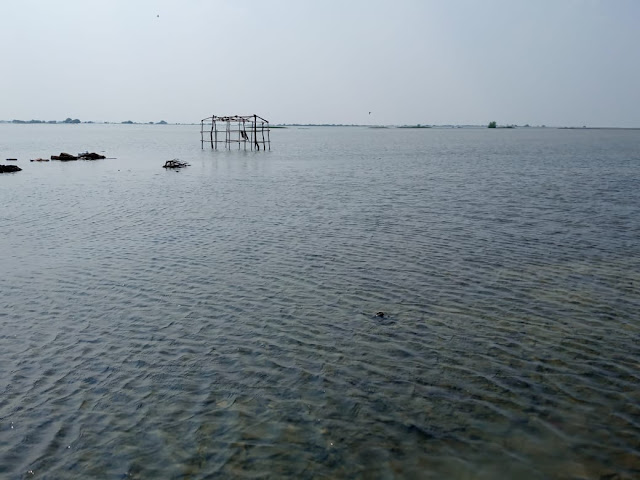 Their woes did not end here. Narmada department engineers conveyed to the agariyas that they too would release extra water into the Rann from the Narmada branch canal. They wanted to ensure that the agariya are not trapped, hence they contacted agariya leaders and AHRM team members.

Agariyas told the engineers it was not a good idea to release Narmada water into the Rann. One of the leaders told a senior Narmada engineer, “If Narmada water is released, we will not be able to go into the Rann for another 20 days and continue with salt cultivation.” They were not sure if Narmada officials would listen to their plight.
Meanwhile, water level in some parts of Santalpur and Visanagar Rann started rising. This could happen only if water was being released from the Narmada branch canal. One official confided to an agariya leader off the record, had they not released it, the poorly constructed canal's safety would be at stake.

Meanwhile, the Gujarat government announced compensation for farmers for crop damage due to heavy rainfall this season. However, the salt producers were at a loss: They wouldn't be getting any of it.
Rued an agariya leader, “Each agariya has suffered huge losses. We have been cultivating salt in Survey No Zero – as the land on which the saltpans are situated is known -- for centuries. No doubt, the government has reaches us with water supply, education, mobile health van, spending huge amount for welfare and development. But when it comes to compensation for our losses, we do not exist”. 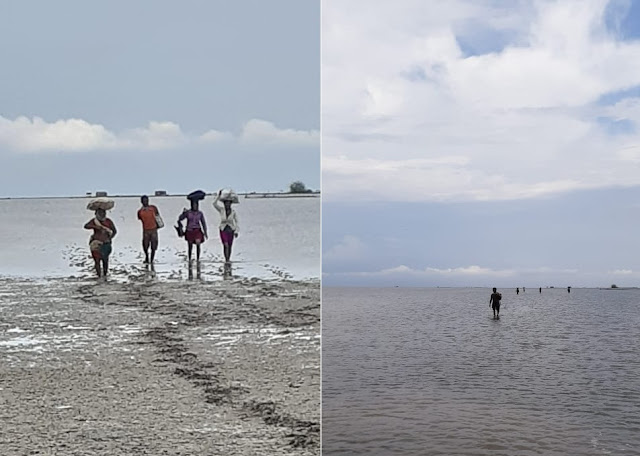 “If you look at the past 10 years, every year either agariyas are at a loss due to unseasonal rains, or due to sudden release of Narmada water. Agariyas have been demanding compensation. Sometimes officials do conduct survey and seek details. But no compensation is ever paid”, said Harinesh Pandya, trustee, AHRM, which has been working with the agariya community for the last 15 years.

“On one hand, despite salt farming for decades and centuries, they are deprived of their land use rights under the Forest Rights Act (FRA).

On the other, they are excluded from any protection mechanism like compensation or insurance cover. How can the state behave like this? Why can’t it come up with a fair policy to protect salt farmers? After all they contribute 1/5th of the total salt produced in Gujarat,” he added.

The present and the future of over 8,000 agariya families from nearly 110 villages of Surendranagar, Patan, Morbi and Kutch districts is at stake. Nature and government both are unkind to agariyas, leaving them at the receiving end.
---
*With Mahiti Adhikar Gujarat Pahel, Ahmedabad