Patna University, What a Fall there is my Countrymen and Women

Fagu Chauhan, recently appointed Chancellor to Patna University is a unique man. My Babooji ( father) is 102. He completed his Master of Arts (MA)  from the Patna University way back in 1942. He still recalls with pride those glorious days of the institution. How Sachchidanand Sinha twirled his moustache when he introduced himself as the Vice Chancellor of the PU! And the Nobel Laureate Sir CV. Raman addressed PU students at the Wheeler Senate Hall on the Ashoka Rajpath. 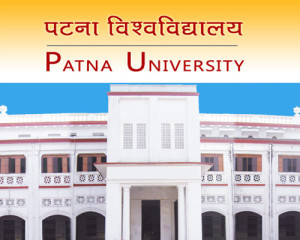 
Since times immemorial, Bihar has been the seat of learning. Thousands of years back, the great mathematician Aryabhatt discovered the "zero" here  in Patna. When India launched its first satellite in 1975, it was named Aryabhatt. And two greatest universities of the ancient and medieval worlds, Nalanda and Vikramshila  are in Bihar. The Nalanda University ruins are now a UNESCO World Heritage. I  recently visited those ruins with my American sister. I was bowled over to see the historical remains of this magnificent University. Scholars from distant lands, China, Japan and Korea vied with one another to get themselves admitted. And few of them succeeded given the toughness of the entrance test. It is said that when Bakhtiar Khilji set fire to the Nalanda University library, the books kept burning for months!

And the Vikramshila University in present day Bhagalpur. Another centre of the Buddhist learning. Scholars from all over the world thronged this university. Then came the downfall. Bihar was taken over by the education mafia. Colleges and Universities mushroomed. Capitation fees ruled the roost. Abdul Moghni, the Mithila University VC was jailed for running the B. Ed degree racket. The much - hyped sushasan policies of Nitish Kumar saw the education at its lowest point. Rubi Rai became the political science state topper. When TV channels asked her what was taught in the discipline of political science, the Bihar topper cheerfully replied that political science was all about cooking food! Bihar became the butt of jokes. Nitish Kumar, however, didn't bat an eyelid. He was busy prostrating before the mafia don, Anant Singh.

But still, we thought that all was not lost. Something would  be done to revive higher education in Bihar. Promises were made to make Patna University a central university. But it was not to be. Narendra Modi, the tea seller - turned Prime Minister appointed a small - town politician Fagu Chauhan as the Governor of Bihar. Governor is the ex officio Chancellor of the state. And this gentleman has, unfortunately only cleared Std X!  Modi hai to mumkin hai. We are told that the Ghosi MLA Fagu Chauhan is a big backward caste leader in his homestate UP. I have nothing against backward castes. But a poorly qualified Chancellor! As they say in Hindi, Chhachhunder ke sar pe, chameli ka tel! This is vote-bank politics at its worst.

With Fagu Chauhan as the Chancellor, all VCs of Bihar should resign en masse in protest. But none will. In the prevailing culture of sycophancy, chamchagiri is the most prized quality. All VCs will make a beeline to the Raj Bhawan. Some will touch Fagu Chauhan ' s charan - kamal (feet). Others will listen to him with folded hands. Ultimately, Bihar will suffer and state toppers will learn cooking during political science classes!