The NBSA issued a special advisory explicitly mentioning guidelines to be followed by news channels while telecasting news and holding debates pertaining to the Ayodhya case, which completed its hearings before the Supreme Court on October 16, 2019. The NBSA (News Broadcasting Standards Authority), well aware of the notorious practices of news channels in India, issued an advisory on October 16, 2019 to handle the news coverage of Ayodhya Court case hearings which culminated in the Supreme Court on the same day. The NBSA, recognising this matter to be extremely sensitive, has advised news channels to exercise extra caution and care to ensure that the telecast of the news is not sensational, inflammatory or provocative. The advisory said, “The basic guideline to be adhered to during telecasting news is respect of the above issue is that all such news should conform strictly to subserving the public interest of maintaining communal harmony and preservation of the secular ethos of the country.”

The NBSA, through this advisory, prompted news channels to adhere to the Code of Ethics and Broadcasting Standards and specific guideline that the NBSA issues from time to time. The Authority cautioned the news channels against violating the guidelines issued thus in order to avoid strict action. Among other things, the guidelines asked news channels not to speculate, to ascertain facts of the hearing before reporting, to refrain from showing mosque demolition footage, to not broadcast any celebrations of any community with regards to the Ayodhya case and to ensure that no extreme views are aired in the debates.

The complete advisory issued by NBSA can be read here. 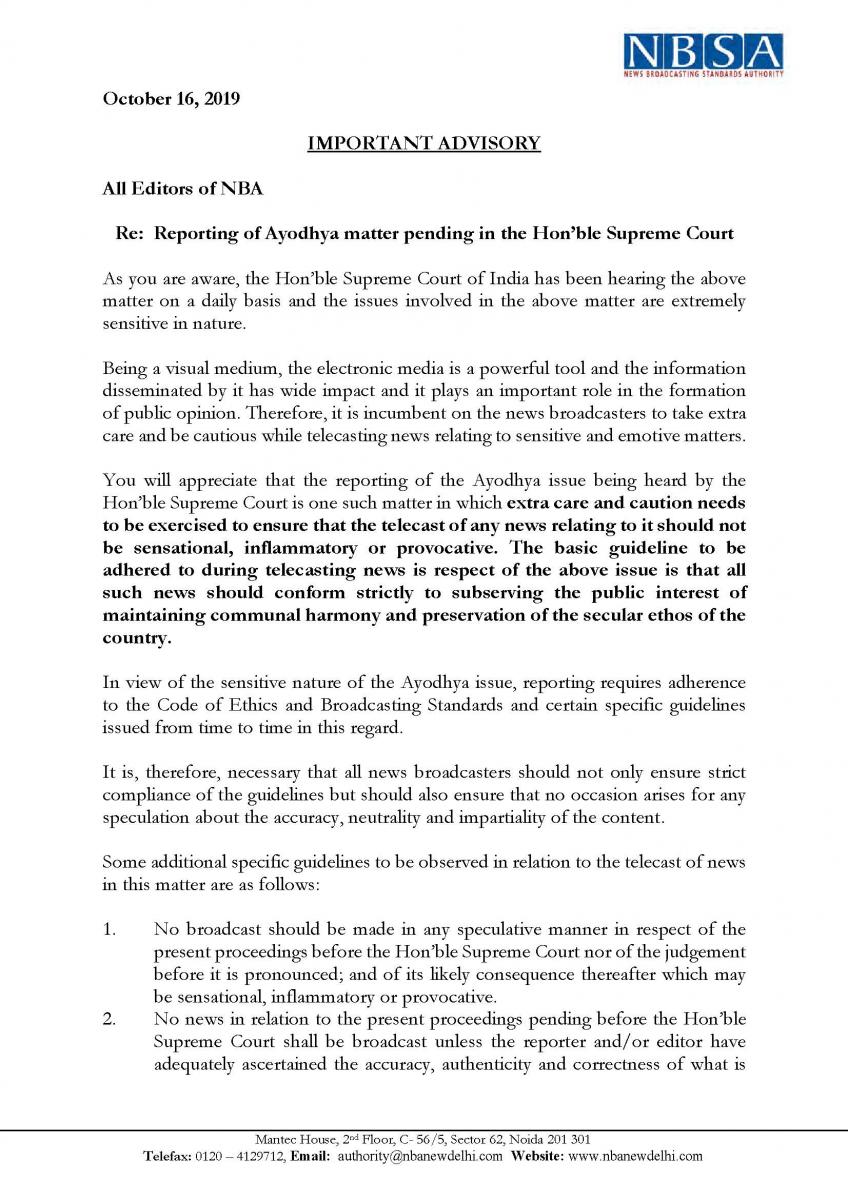 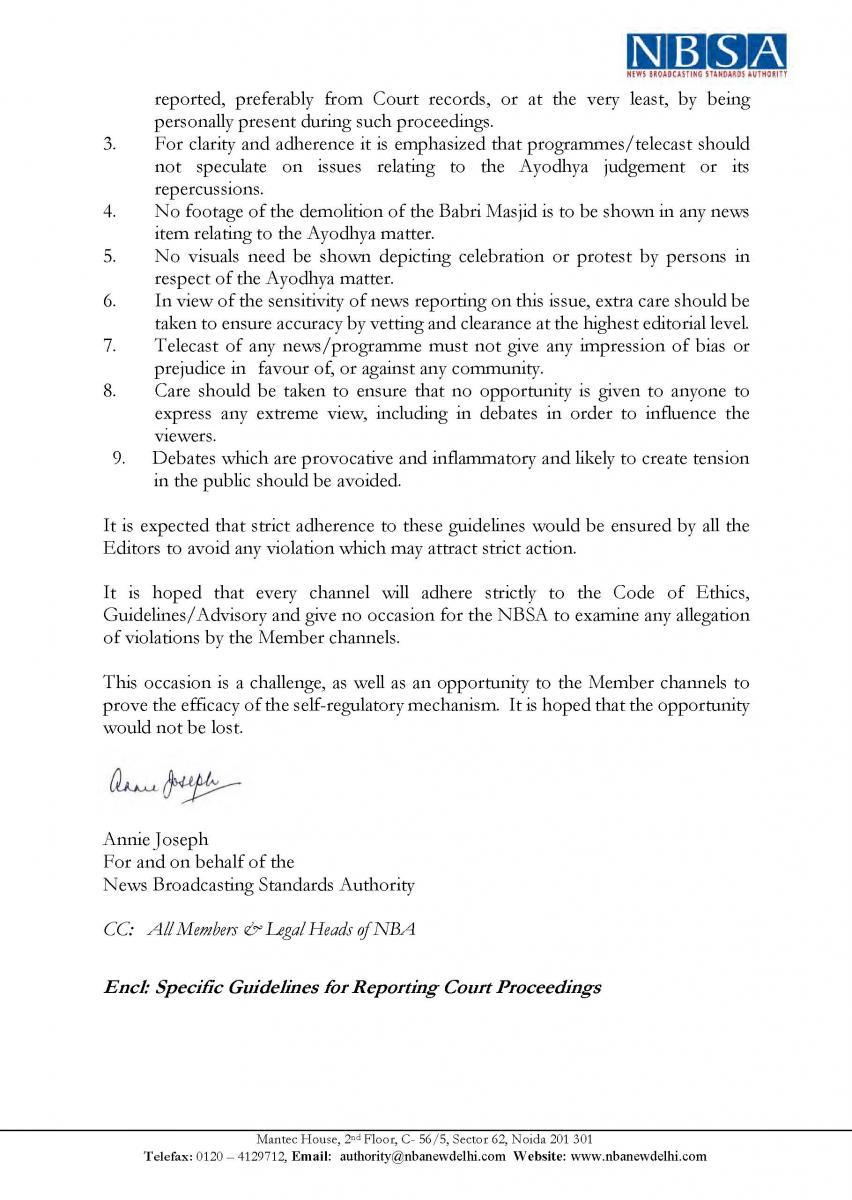 The NBSA issues advisories and guidelines from time to time, some of which are specific to an incident and some are generic, which are expected to be followed by news channels and which also become a guide for people who wish to complain against content of such news channels.
The spectrum of control of the NBSA on news channels has always been questioned in the past and there has been increasing speculation that self-regulation is not really deterring news channels from resorting to unethical practices. The Hoot had conducted an in-depth analysis, in 2018, on self-regulation in television and it concluded that self-regulation, or any kind of regulation, seems increasingly to be a largely unattainable goal.

The NBSA, has, however, in the recent past cracked its whip on news channels, such as when it issued a warning to Zee News for broadcasting inflammatory content, in response to CJP’s complaint. The NBSA also enforced accountability in February 2019, when it imposed a fine on ABP News, Aaj Tak for violating code of ethics and again in April 2019 when it issued a warning to five news channels for violating NBA’s (News Broadcasters Association) code of conduct.

While the command of the NBSA over the errant news channels is still debateable, one can only wait and watch whether news channels follow the pertinent guidelines while telecasting news for the Ayodhya case until and even after the verdict of the Supreme Court comes out next month.