When Narendra Modi became India’s prime minister in spring 2014 the Indian economy was in the doldrums. There was a clear policy paralysis in India’s central government, in large part due to the high profile corruption cases that involved the central government bureaucracy and politicians at the time. Modi promised Indians that “acche din” (good days) were coming. And there was expectation that the Indian economy would do well under a pro-business political regime, headed by a politician known for acting strongly and decisively. 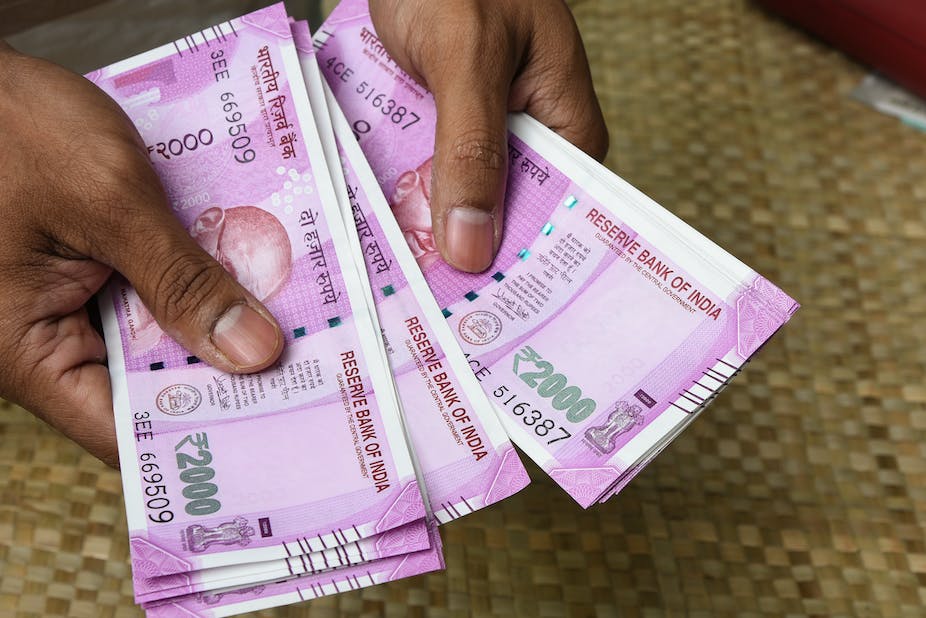 Modi has had mixed successes in delivering on his promises. Here’s a breakdown of some of Modi’s key policies and how he has performed.


India’s economic growth has not recovered to the high levels that were witnessed in the first decade of the 2000s. One important reason for the slow recovery was to do with the Modi government’s demonetisation policy. On November 8 2016, the government withdrew all 500 and 1000 rupee notes from circulation, announcing the issuance of new 500 and 2,000 rupee banknotes in exchange for the now-defunct old ones.

The aim of demonetisation was to deal a death blow to the black economy by reducing the perceived use of illicit cash to fund terrorism and illegal activities. Instead, the policy led to a contraction of the Indian economy, and economic growth slowed down to a four-year low in 2018.

Further, by 2018, around 99% of the bank notes that were made invalid had been deposited with the banking system, suggesting that a large proportion of the 500 and 1000 rupee notes in circulation were not counterfeit notes or black money, as the government thought. Thus, demonetisation led to a large economic loss without any clear benefits in terms of reducing the role of the black economy or corruption.


The Modi government’s second bold policy step was to launch the goods and services tax (GST) in July 2017. The aim of the GST policy was to create a common market in India, as opposed to the many different sales taxes that existed in different Indian states. The initial effect of the introduction of the GST was negative on the economy. This was especially the case for India’s large informal sector – which employs the vast majority of people outside of agriculture.

The initial implementation of the GST was not handled well – small businesses in particular were confused about onerous reporting requirements, which placed a large compliance burden on them. At the same time, the GST policy could be seen as one of the most important policy initiatives since the country’s landmark 1991 economic reforms and as the one of the most significant constitutional innovations since 1950. While the initial effect of the GST policy on the Indian economy was a negative shock, the long-term impact is likely to be strongly positive.


Modi delivered on a large number of important public goods schemes, which built on the initiatives of the previous government. For example, toilet coverage in rural India increased from 47% of all households in 2015 to 74% in 2017, in large part due to the Modi government’s sanitation programme. 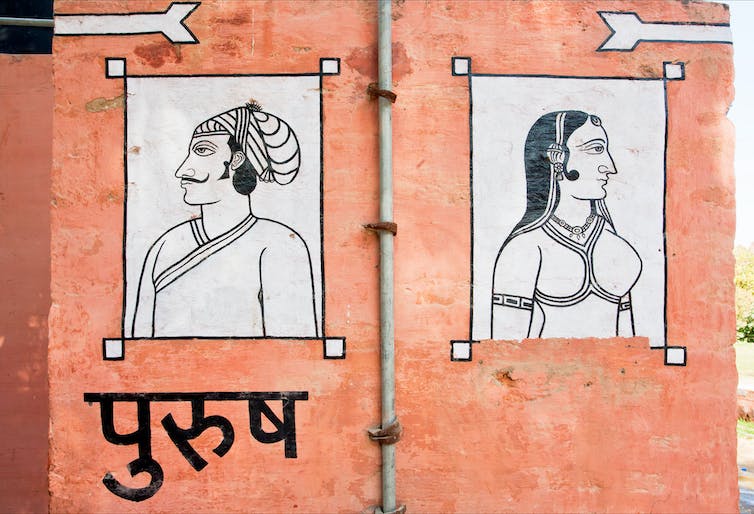 As part of the Pradhan Mantri Awaz Yojana initiative, the number of rural houses built increased threefold from 2014 to 2016. There was also a large push on rural electrification to ensure all villages had an electricity connection by 2018.


Around 50-60% of India’s population have some form of economic reliance on agriculture. This sector has experienced a prolonged period of decline in rural incomes since 2011, leading to what may has been termed an agrarian crisis.

While the roots of this crisis are deep seated, it could also be attributed to the Modi government’s reluctance to increase minimum support prices for staple crops such as rice, wheat and pulses – something he promised to do in his 2014 campaign. This would have prevented the return of food price inflation, which was a major source of discontent with the previous government. 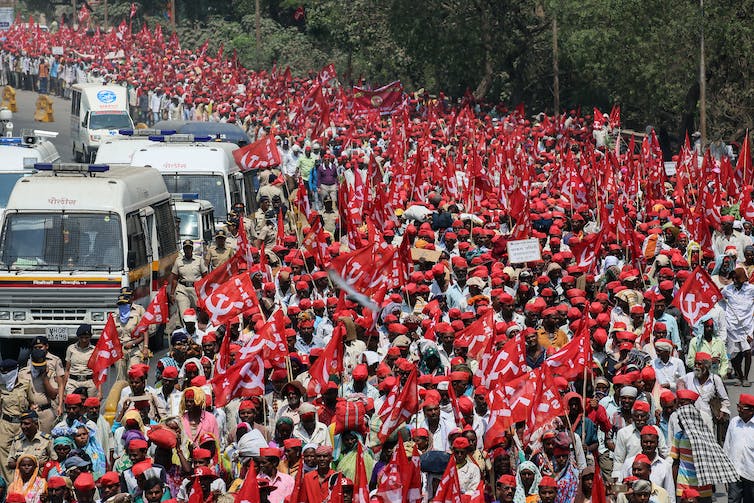 Tens of thousands of farmers protest in Mumbai. EPA-EFE/Divyakant Solanki


Perhaps the most disappointing feature of the Modi government has been its lack of success in creating jobs for the large proportion of India’s labour force who are unskilled and poor. Unemployment rose to a 45-year high, according to a leaked report from India’s National Sample Survey Organisation.

The Modi government’s weak record in job creation was particularly surprising, given its original intention to rejuvenate the manufacturing sector as a source of job creation, with the much-heralded Make in India programme. Here, as in the case of agriculture, the roots of India’s manufacturing malaise run deep. They can be linked to India’s inability to foster the kind of labour-intensive industrialisation that has taken place in China and other East Asian countries.

The reasons for why this has been the case is complex, and can be linked to the low levels of skills among India’s workers, poor infrastructure and India’s antiquated labour laws. But, for all its reformist credentials, the Modi government made little headway in providing the jobs that India’s aspirational youth so desperately seek. This could prove crucial in the country’s 2019 national elections.