Momina’s Story: The Denial of a Woman’s Potential in Afghanistan

I think that the greatest sin the powers that be, whatever and whoever those powers are or have been, have committed is the destruction of human potential.  I believe that each of us is born with our own self defining potentials.  In positive and supporting environments, these potentials can be realized.  In negative and destructive environments, these potentials are unrealizable and human beings are frustrated and their spirits are broken.  Unable to become what they were born to be, they long for escape and find that escape in suicide, in drugs and alcohol or simply live out their lives in quiet desperation. 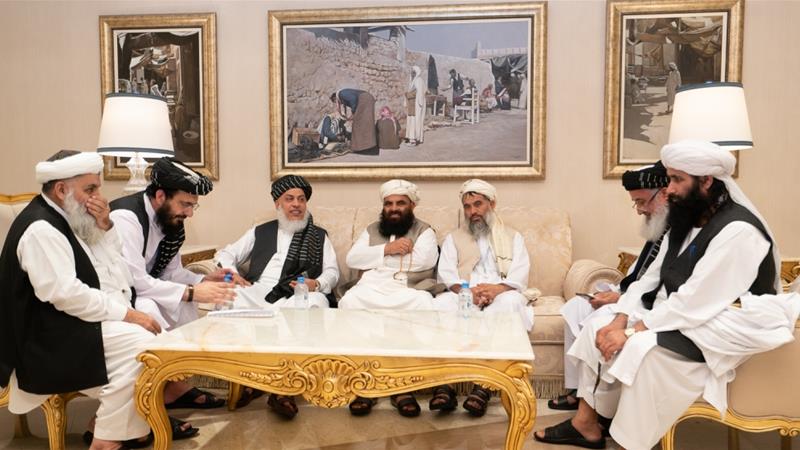 Human potential is destroyed by a wealth of factors derived directly or indirectly from the existing power relations.  Under early capitalism, it was destroyed by draconian labor conditions:  long hours, long days, in dangerous and difficult conditions.  I think of my eldest aunt, Eva, who could barely read and write because she went to work at the age of 13 and stayed home for years before that helping her mother with the household chores involved in raising 11 children.There was no doubt in my mind that my aunt was born with the potential to be an artist of some sort.  Given a free moment she would paint and color.  What is true of her is true of so many workers in general and child laborers in particular, all around the world today.

I think of all the people I know who might have been artists, writers, scientists, philosophers, poets, great doctors or scholar, but who chose another line of work because it was more lucrative.   What we do for money!  We sell not only our lives by the hour or day or year, but the possibility of becoming what it is we truly are.  I think of all the potential lost and what the loss of that potential has meant not only to individuals, but to our species.

I think of Srinivasa Ramanujan, writing out his formulations on the streets which themselves were controlled by the British.  I think of the racism he suffered and how, had it not it not been for G.H. Hardy, who recognized his extraordinary genius and arranged for him to go to Cambridge, he would have been just another Indian whose potential would have gone unnoticed and unrealized.   If it had note been for Hardy, Ramanujan and his potential would have been destroyed under the boots of British rule and racism.  I think of him and cry, not out of pity, but because I am so moved by his achievements.

I think of Momina often, and when I do, tears always come to my eyes.  You see, her potential was destroyed not only by poverty, or by racism, or by American imperialism, but also and primarily by sexism.

I have been for most of my adult life, a committed feminist.  In America, I had worked to establish battered women’s shelters, change police attitudes towards domestic violence, and realign attitudes on rape victims.  I had fought for reproductive rights.  And so, some ten years ago when I first came to Russia, I heard about a program which taught English to Afghan girls, and immediately signed up as a volunteer teacher.  Those were the days when the Taliban was bombing schools and throwing acid in girls’ faces for going to school.  Thus, these internet schools, sometimes hidden and secret, were set up to help them get their educations.  My first student, and, as it turned out, my last, would be Momina.  Momina wasn’t her real name, it was the name she had chosen for herself…the way in which she had redefined herself.

She was both bright and hardworking.  If she made a grammatical error, I would only have to correct in once; she never made the same mistake twice.  Over the course of the six years I taught her, her English improved dramatically.  By the fourth year we were carrying on conversations about evolution, which interested her greatly, as well as history and genetics.  She had a clear and present interest in these areas.

As she became fluent and we talked to each other more and more, I began to learn about her life.  At times I was quite ashamed of myself for viewing her life from my Western perspective.  I remember the time I asked her about her bedroom.  Of course, she had no bedroom.  She, her parents, her two brothers and their wives and children, along with her two sisters, lived in a two-room house.  She answered me that they just laid down on the floor where they could and slept.  When I asked what her mother cooked, the answer was pretty much always the same,  homemade noodles of one sort or another.  The males in the family supported the family by operating a small bicycle repair business.  However, as she informed me, it was difficult for them to go to work regularly.  In the Spring there was the Taliban offensive during which everyone stayed home.  If one of the children were sick and had to be taken to the clinic, the men had to take them as the women were not allowed out of the house.

I chided her once for being quite late to class and she told me that there had been a great rain and the streets of Kabul had been so flooded, she had to come to the school indirectly.  When she had done so

she had been followed by a man who “said things to her.”  That is all she would say, and I realized then how very brave she and the other girls were; more than that, how much it meant to them to get an education.

She told me how her mother did not ask her to do any housework because she wanted her to be able to do her schoolwork.  She told me how her brothers constantly asked their father why he was allowing her to study English when, after all, she would only get married soon.  She laughed when she told me how her father had replied to them: “She is mine not yours.”

Her brothers were right though. After almost six years of studying with me, Momina came to class and cried to me; she who I had never heard cry before, sobbed.  She was nearly sixteen and they were arranging her marriage.  I didn’t know what to say.  The first family who wanted Momina to be married to their son lived in Canada.   The mother flew from there to Kabul to make the arrangements.  But Momina would not, could not, leave her family and so the offer of marriage was declined.  There were others, all of whom Momina rejected.  And finally, there was the last one, and Momina’s family would accept no rejection.  He owned a small business in Kabul.  He was gentle and he was not violent.  Moreover, he had promised that he would allow her to continue her education.  On this basis, Momina’s mother told her she would marry him.

The arrangements were made, they became engaged….and all this while Momina cried to me, and I could offer her no comfort, no escape.
Once married, Momina’s classes with me were few and far in between.  She lived far away from where the school was located.  But she came and she cried.  Her husband had told her he would support her education only if she became a medical professional.  Gone were her dreams of becoming a teacher.  It took only a few months for her to become pregnant, and then Momina’s classes came to a halt.  I still heard from her occasionally, she always cried.  Her pregnancy brought her no joy.  I told her she would be happy when her child was born.  She was not.  Her son was born with a defect, and this tortured her because she blamed herself as she had cried so much during the pregnancy.  I heard from her one last time, when her husband urged her to call me and ask me for money.

I told the director of the program that I would take no more students.  When she asked me why, I older her that I could not give these young women the false hope that they would realize their potential knowing that they would not.   I could not participate in the deception that I, or America, or time, could save them from the inevitableness of their lives.  I had committed the sin of encouraging them to believe that they could realize their potential when, in fact, they could not.

In Afghanistan the Taliban still reign, sexism still holds sway over the lives of women….and that means that the great sin of the destruction of human potential is still being committed.

Mary Metzger is a 74 year old semi retired teacher. She did her undergraduate work at S.U.N.Y. Old Westbury and her graduate work In Dialectics under Bertell Ollman at New York University. She has taught numerous subjects, from Public Sector Labor Relations to Philosophy of Science, to many different levels of students from the very young to Ph.D. candidates, in many different institutions and countries from Afghanistan to Russia. She has been living in Russia for the past 12 years where she focuses on research in the Philosophy of Science and History of the Dialectic, and writes primarily for Countercurrents. She is the mother of three, the grandmother of five, and the great grandmother of two.