Written by Swami Agnivesh | Published on: November 2, 2019
On the Diwali day of 1883, Maharishi Dayanand, the undying spiritual light of the Arya Samaj, became a martyr. Those who could not put out the fire of purity and truth in him, poisoned him to death. He who endeavoured to take away the poison of superstition and obscurantism from religion, and make it luminescent with spiritual truth, was poisoned. 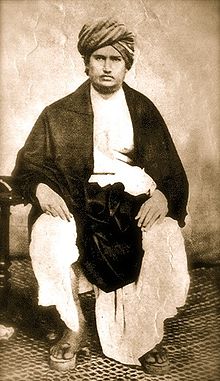 Like Socrates was, some 24 centuries before him (399 BC). The ‘gall of Athens’ was forced to drink poison, so that the voice that challenged people to think and emerge from the slavery of customs and irrationalities would not gall the keepers of religious and political orthodoxy.

Diwali is the festival of light. It is an annual commemoration, a cyclical reassurance, of the victory of light over darkness. But the fact that we celebrate this festival does not prove, in itself, that we are on the side of light and not of darkness.

Celebrating Diwali in a way that causes atmospheric pollution, for example, and undermines the health of children and the elderly cannot be an undertaking of light. The key to who we are rests not in ‘what’ we celebrate, but ‘how’ we celebrate.

Maximum road accident deaths and cot-deaths (children dying in their cots neglected by their parents who are busy celebrating) happen in Christian countries on the eve of Christmas. But, Jesus came in the service of life. He did so, because he found that human nature was oriented to death, not life. Everyone wants to live long, but the choices people make are harmful to life.

In Kerala, for example, the consumption of liquor peaks in the Christmas season. Doesn’t it mock the meaning of the birth of Jesus, who came to set people free from all sorts of slavery? Slavery to alcohol is one of the most perverse forms of slavery; it is the slavery not only of individuals, but also of families.

Though born and raised in an orthodox Brahmin family, I was deeply influenced by the teachings of Maharishi Dayanand. To me, his insights came as a breath of unprecedented freshness, sweeping away the miasma of religious malodour that had begun to suffocate my soul.
The Maharishi did not spiritualize truth, as is done by hypocritical religious busybodies in order to dodge practical responsibilities and remedial actions that could be costly. He, on the contrary, incarnated truth. Truth emits light only when it is ‘earthed’. If truth is kept isolated from lived realities, it remains abstract, powerless and irrelevant.

To incarnate truth is to make it prevail in the warp and woof of life. It will be a fitting tribute to the Maharishi, if we dedicate ourselves to making the light of truth visible and beneficial to the people in all walks of life. We shall honour Swami Dayanand best by making Diwali a ‘festival of truth’. Truth is light; and light, truth. It is when truth becomes light for humankind that a spiritual festival is born. Anything less is a counterfeit; apretense without substance. For Maharishi Dayanand, truth in its shining, social avatar is a caste-free society. He deemed caste as a pernicious aberration imposed on the Hindu society by Brahminical hegemony, which had proved inimical also to Brahmins; for what worse self-insult can there be than thriving on falsehoods?

Caste is plain, downright untruth. A person’s worth cannot be based on, or limited by, his birth. Birth-based privileges and advantages – as also disabilities and degradations- are indefensible. Caste is also social darkness; for it institutionalizes inequality, injustice and human degradation.

Ravan needs to be seen also as a caste symbol. Rather than burn his effigies and pollute the air, we can make our Diwali celebration meaningful by burning caste system out of our midst. I cannot help feeling that those who still advocate the inherent, fate-ordained superiority of Brahmins and their divine right to rule, are children of Ravan, not of Lord Ram.


Those who advocate the inherent, fate-ordained superiority of Brahmins and their divine right to rule, are children of Ravan, not of Lord Ram

Diwali of spiritual light must have an unwavering commitment to truth. Truth, when incarnated amidst injustice and inequality, becomes commitment to justice. For the down-trodden millions in our country, justice is the avatar of God they have been waiting for, for decades.

Sadly, the giant systems we have erected in the name of progress and modernity, for all their other benefits, are deaf and blind to the plight of the poor and the powerless. The truth about India, as Gandhiji has taught us, is poverty. His insight that the poor are the children of God -- Daridra Narayan -- and that truth is God, mark a revolution in our spiritual thought that is in harmony with the spiritual vision of Maharishi Dayanand.

Poverty, in hierarchical societies like ours, has a necessary gender-discriminative character. Even socially and economically emancipated women suffer injustices of diverse sorts. The Modi government limits the practice of justice to women to the airing of amouth-filling slogan.

"Beti bachao, beti padhao", does not add up to anything on the ground. And if the Supreme Court grants equality of treatment to women in respect of temple entry in Sabarimala, it is opposed tooth and nail. This very hypocrisy is a demonic Diwali of darkness, presided over by a beaming Ravan whose mirth on Diwali days knows no limits, given how blind and stupid we are in celebrating it!

Poverty is the mother of darkness. Poverty in India is eminently avoidable. It is the darkness of inordinate greed on the part of a few that keeps the vast majority of our people poor and destitute. Celebrating ‘light’ -- ironically, in physical darkness in order that Ravan may burn brighter! -- in the face of their destitution despite their sweat and blood that fattens a privileged, parasitic minority, is a mockery of light.

It is not my case here that Diwali should not be celebrated. It needs to be; but, at the same time, its meaning needs to be heeded and its mandate upheld. Those who claim to be followers of Maharishi Dayanand have a special duty to ensure that this is done.
---
Contact: [email protected]