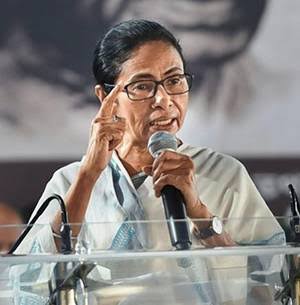 Slamming the Centre over the killings of five Bengal labourers in Kashmir’s Kulgam area on Tuesday, West Bengal Chief Minister said, “Presently there are no political activities in Kashmir and entire law and order is with the Government of India”, The Telegraph reported. In the wake of the incident that took the life of the five men from Murshidabad, Mamata said that her party MPs and MLAs had reached the victims’ homes to meet the families, while also assuring a compensation of INR 5 lakh to all the families.

Alluding to the detention of political leaders when she stated there were no political activities in the state, she added that the incident had left her shocked and deeply saddened. She also demanded a “strong investigation so that the real truth comes out”. “We are deputing Shri Sanjay Singh ADG South Bengal to find out details from them.”

This is not the first attack on migrant labourers in Jammu and Kashmir. Since the abrogation of Article 370, militants have killed at least five people from outside the state have been brutally killed or injured.

Leader of the Congress in the LokSabha and Behrampore MP Adhir Chowdhury also blamed the Centre. “Since August 5, the day the Centre got the bill passed in Parliament to abolish the special status of Jammu and Kashmir, the safety and security of the people was its responsibility. Such brutal killings highlight the real picture Kashmir that the Modi government is desperately trying to hide from the rest of the world. Nobody but the BJP government should be blamed for this,” Chowdhury said.

Jangipur MP KhalilurRahaman, who visited the families of the victims along with Trinamul district president and Murshidabad MP Abu Taher Khan and state minister Jakir Hossain and local MLA SubrataSaha said, “Such unfortunate incidents only prove how miserably the BJP government at the Centre has failed to provide security to the Kashmiris, too. If the condition is so bad that non-Kashmiris are brutally killed, everybody can imagine the helplessness of the people of the Valley.”

Just a day before this incident, terrorists had attacked a truck driver in Anantnag district and targeted people waiting at a bus stand in Sopore. The afternoon that the labourers were killed, the state saw terrorists firing indiscriminately at paramilitary personnel deployed at a school in Pulwama district.

Incidents against civilians have been on the rise since the abrogation of Article 370 on August 5 this year. Yet, the Modi government insists on portraying that ‘all is well’ in the Valley. Two days ago, the Prime Minister took a bunch of European Parliamentarians for an ‘inspection’ tour to show them the ground reality of Kashmir, even when it has Indian leaders still under house-arrest and it is not saying anything with regards to the US Congressional hearingabout human right violations in the Valley after the revocation of J&K’s special status.

And then, in a usual blatant denial about the deaths of the five labourers being the inaccuracy of the Centre, Bengal BJP chief and Midnapore MP Dilip Ghosh blamed the Mamata government for the deaths by highlighting how joblessness in Bengal was pushing youths to migrate to “difficult areas like Kashmir that border Pakistan”.

“The Trinamul government should first create jobs for youths in the state so that they are not forced to migrate,” Ghosh said.