In her strongly-worded letter to Gopal S Reddy, additional chief secretary, Narmada Valley Development Department, Government of Madhya Pradesh, Narmada Bachao Andolan (NBA) leader Medha Patkar has asserted that he and his government have "failed" to properly convey actual position of the Narmada dam oustees to the Central agency Narmada Control Authority (NCA) and the Government of India, a major reason why large areas upstream of the dam are facing submergence. 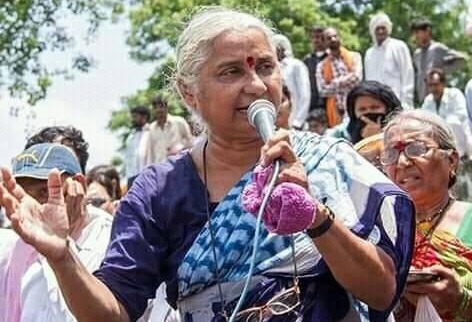 Patkar says, while the Madhya Pradesh government has admitted that the total number of villages that would face submergence is 178, it has refused to provide the number of oustees who would suffer. Also, it has refused to press upon the Gujarat government to reimburse Rs 1,857 crore for rehabilitating the oustees. Several letters on this and related issues have been forwarded to the Centre and Gujarat, but these have not been made public, keeping the oustees in the dark.


We know that you have been taking a stand against the Gujarat government, which is getting support from the Narmada Control Authority (NCA) to fill up the Sardar Sarovar dam up to the full reservoir level (FRL) of 138.68 metres during this monsoon. There is no doubt that this is necessary, considering the interests of the thousands of oustees in Madhya Pradesh.

However, as I stated in the meeting with the Madhya Pradesh chief secretary on August 24, 2019, we have intensely felt that the letter by the chief secretary to NCA on this issue, dated May 27, 2019, has quoted wrong figures and underestimated the scale of submergence.

The figure of 76 villages and 6,000 families to be affected by submergence at FRL of the Sardar Sarovar dam, i.e., 138.68 metres, is the figure of just one district, Dhar, and this excludes the three other districts, Alirajpur, Badwani and Khargon.

You may now note that the officials who might have briefed you, as well as the chief secretary, the minister concerned and the chief minister, have offered you wrong figures, something you have now accepted. The number of affected villages has been finally put at 178. However, no final figures of the affected families has been announced. Your have, however, admitted that the earlier surveys of many places might have been flawed, and hence are pending review.

May I ask you, the chief secretary, as well as the chief minister, whether you have written a single letter to NCA, as also the secretary, Union water resources ministry, and the Union minister concerned, quoting actual facts that would bring out the formidable scale of impact of submergence, compelling the authorities to review their decision? 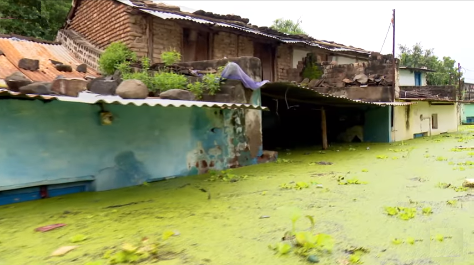 I am shocked about what you have written a letter recently to NCA regarding water levels. You have questioned the NCA decision to take the water level in the dam to 134.50 metres by August 31. But you have not said anything about what water levels should be maintained during the month of September.

Is this, may I ask, your strongest possible argument in order to protect the interest of the oustees, who are in thousands? Don’t you think that the issue that needs to be raised should be more basic, especially focusing on the unjustifiable decision to raise the water level beyond 122 metres in order to avoid the submergence of property of the Narmada project affected families without full and proper rehabilitation, as it would violate law, policy as well as the fundamental human and Constitutional rights?

As you are aware, the Central ministry and NCA are depending their facts and figures on the basis of false affidavits filed by the former government of Madhya Pradesh showing zero balance in rehabilitation and resettlement (R&R) during 2008-2016, which needed to be strongly challenged and rejected by taking a firm and fact-based position. The new state government and your department, as well as the Narmada minister, should have done this.

There are also many other points that were conveyed to you, the chief minister, and the minister in your presence, which can form a relevant basis for questioning and taking up issue of filling up the dam’s reservoir. For example, the Government of Gujarat has still not provided to you the required reimbursement of Rs 1,857 crore, which is mandatory as per the Narmada Water Disputes Tribunal Award (NWDTA). It is unfortunate that this demand was put up as late as in July 2019.

Worse, this demand, as well as failure to get any response on this and other issues, have not been put  in the public domain, which is surprising in the present situation of the devastating impact on the people, communities, and the natural ecosystem, including livelihood of farmers and other sections in the Sardar Sarovar dam-affected people.

I am writing this letter to you because I think that you should make a final scrutiny of facts and positions being taken up at your end before any briefing takes place at the level of the chief secretary or the chief minister.

I would like you to play a major role in putting together all the relevant and reliable facts that would help in carving out a clear and confident position on the part of the State government against the filling up of the Sardar Sarovar reservoir.

As you know, if this does not happen at a war-footing, nothing less than watery grave awaits the communities living in the upstream of the dam, and the State government will be held responsible for the role it is expected to play and legal mandate it should follow in the interests of the project affected families.