A Look into the Kerala Double POCSO-Suicide Case

The Congress and the BJP staged massive protests before the Palakkad police chief’s office on Monday opposing the acquittals of three persons suspected of raping and abetting suicide of two minor sisters and demanding a CBI probe into the matter. A fourth accused in the case had been acquitted earlier on September 30. 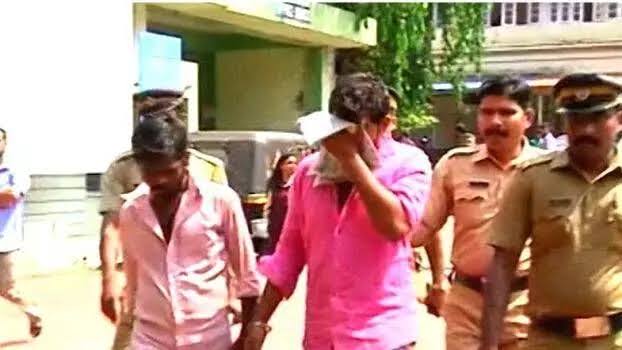 A fifth accused, being a minor himself, is being tried in a juvenile justice court. He is presently being held in custody at a correction centre.

The 12-year old and the other 9-year old siblings were found hangingon January 13 and March 4 of 2017 respectively, at their home in Walayar, Palakkad.They belonged to a Dalit family. The children had been repeatedly abused over a period of time and medical reports confirmed they had been subjected to unnatural sex. Police said that both children were sexually abused multiple times and the repeated torment led them to commit suicide.

After a trial that lasted more than a year, the additional sessions court had on Friday acquitted the accused saying the prosecution and investigating officers had failed to present clinching evidence against the accused.

The Telegraph reported that two of the accused are related to the children’s mother, one worked with the victims’ father, and stayed with the family for a few years, andthe other adult accused,as well as the juvenile, were neighbours of the victims.The elder son of the family has since been admitted to an orphanage by the Child Welfare Committee because of the atmosphere at home.

The cause for this uproar is that the probe into the matter has been deliberately sabotaged. The incumbent CPM government has been facing a lot of flak over the acquittal of four of the five accused by the additional sessions court in Palakkad, Kerala, owing to allegations of deliberate procedural lapses by the authorities. The government is also facing criticism over a few local CPM leaders openly supporting some of the accused.

Additionally, Live Law reported that Advocate N Rajesh, who had been representing for the accused in this case for a long time, was appointed as the Chairman of the Child Welfare Committee during the pendency of the trial and only relinquished the brief after his appointment. Rajesh was removed as the CWC Chairman on Monday following the furore.

The case dominated Day 1 of the on-goingsession at the Kerala Legislative Assembly on Monday.Congress MLA Shafi Parambil claimed that intervention of the ruling party was clear and that only a CBI inquiry would solve the mystery.Chief Minister Pinarayi Vijayan stated on the assembly floor that the government will examine if there are any such lapses and decide on the need for a re-investigation or CBI probe.

Only the September 30 order which acquitted one of the four adults accused (the neighbor of the family) has been released so far.It only involves the case of the elder girl. In this order, the Additional Sessions court noted that there is no direct evidence regarding the involvement of the accused in sexual assault committed on the two girls and that the prosecution is only relying on circumstantial evidence in making these claims. Referring to the Supreme Court judgement Hemant Nargundkar v. State of Madhya Pradesh, Justice S. Muralee Krishna noted “when only circumstantial evidence is available against the accused, then the chain of circumstances must in all probability lead towards the guilt of the accused.” He noted that from the statements made by the witnesses, the prosecution made the casethat the accused resided near the house of the victim and that she had been visiting his house to attend classes from the accused. The prosecution claimed that this presented the accused with the opportunity to assault the victim.

Prosecution witnesses nos. 9, 10, and 12 claimed that the victim had confided in each of them about the accused at the time they were canvassing for elections together.

The fatherof the victim told court that two of these witnesses had told him that the accused had exhibited nudity (stripped naked) to the elder sister,but the judge held his statement to be based on hearsay.

The main witness, Witness number 12 told the court that she and three others had gone for election work for her mother who was contesting in elections. She alleged that the accused locked his door and gave the victim a mobile phone, he then exhibited nudity and asked her to click pictures. According to Witness no 12, the victim told her that he opened the door when she shouted aloud.

While Witness number 10 was noted to be hostile, she told the court that they had been doing election work for a student organization called SFI while prosecution witness number 12 said that it was for the panchayat election in which her mother contested.The defence counsel highlighted these contradictions to argue that these witnesses are not creditworthy. The judge notedthat there was a contradiction in the statement of Witness number 12 since she had not mentioned about the mobile phone to the police earlier. The court also noted that panchayat elections happened sometime in 2015 or 2014 and not in 2016 or 2017. Pradeep had moved into the house only in 2016 and therefore the judge concluded that the statements of all these witnesses were falsified to prove the prosecution’s case.

It is worth noting thatSenior police surgeon and forensic medicine expert, Dr P B Gujaral had conducted theautopsy of the younger sister.He said, “We have informed the police that there was clear evidence of rape on multiple occasions. There was also evidence of unnatural sex in the cases. So, the culprit or culprits must be the same person or persons.”

Under Section 29, the Protection Of Children against Sexual Offences Act, 2012 reverses the “innocent till proven guilty” presumption generally followed in criminal cases. The Section states that where a person is prosecuted for committing or abetting or attempting to commit penetrative sexual assault against a minor, “the Special Court shall presume, that such person has committed or abetted or attempted to commit the offence, as the case may be unless the contrary is proved”.Despite the provision, the focus of the judgement seems to have been on exclusively evaluating prosecution’s case.

Here’s hoping that the government takes earnest steps to ensure justice is served in the matter at hand.