Long Live the Cuban Revolution! - What We Can Learn From Cuba

Written by Amitabh Kumar Das | Published on: July 26, 2019
26th July is the Day of the Revolution in Cuba. Though Fidel Castro and his comrades entered the capital Havana on the 1st January 1959, 26th July is the date when the Cuban Revolution broke out some years ago. On this day, Fidel Castro and his death-defying comrades attacked an army barrack and sounded the revolutionary bugle. The attack was abortive but it electrified revolutionaries across the globe. Castro was arrested and prosecuted. A defiant Castro told the court that history would absolve him! When Castro arrived in Mexico he befriended a doctor from Argentina, Ernesto Guevara. Everyone called Guevara “Che”! Che and Castro formed a life-long friendship much like Jai and Veeru of Sholay. Together they fought Cuba’s own Gabbar Singh, a dictator called Batista who was an American puppet. 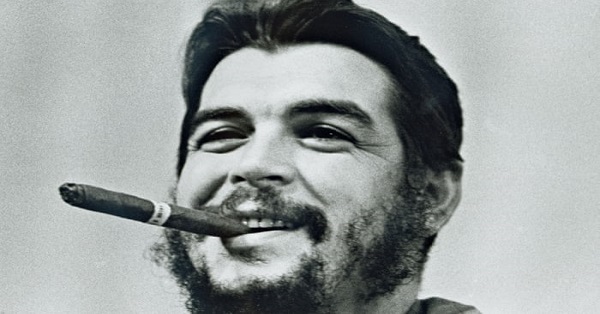 Ernesto "Che" Guevara (June 14, 1928 – October 9, 1967) was an Argentine Marxist revolutionary, physician, author and activist who traveled throughout South America and became outraged by the poverty, hunger and disease he witnessed For the uninitiated, Cuba is a tiny island off the US coast. It was a Spanish colony until Jose Marti and others threw off the colonial yoke. Cuba was an impoverished country. A one-crop economy. Only sugarcane grew in Cuba. But the island was popular with rich Americans for its gambling dens and brothels. Rich Indians love Bangkok for massage parlours. Similar was the case with Americans who headed for Cuba, lured by its thriving sex industry. And in 1950s, Batista ruled Cuba with an iron hand. His puppet masters sat in Washington DC. An average Cuban toiled in sugarcane fields. The poor starved while the rich enjoyed themselves. A situation ripe for revolution.

To go back to Castro and Che, they soon became ghee-khichri. Inseparable comrades. Che has already been radicalised during his epic motorcycle journey through poor Latin American countries. I have read Che’s Motorcycle Diaries. On the Andes Mountain, he lived with dirt-poor people sharing their trials and tribulations. Castro and Che arrived in Cuba in an overloaded boat called Granma. They were greeted with Batista’s “reception committee”. Most of revolutionaries were shot dead. Castro, Che and a handful of comrades fled to a mountain range from where they waged a heroic battle against Batista. It was a rag-tag army, hardly a match for Batista’s US-backed forces. But the revolutionary zeal overcame all odds. Soon Batista was on the back foot. Che, an asthma patient, fought valiantly. Castro soon made him a Commander. On the New Year Day, Fidel Castro and Commander Che entered Havana amidst great jubilation. Batista fled.

Commander Che was made the Governor of the Central Bank. He signed Cuban currency notes. His signature was simply Che. But Uncle Sam (the USA) lost his sleep. A communist regime in America ‘s own backyard was too much to swallow. CIA activated its Dirty Tricks Department to eliminate the bearded ones, Castro and Che. Castro was very fond of Havana cigars. So, CIA packed his cigars with explosives. But Castro somehow survived. It is said that a cat has nine lives. Castro surpassed cats.

In 1961, Kennedy sponsored the Bay of Pigs invasion against Castro. But the invasion was repulsed, much to the US President’s chagrin. In 1962, the Cuban Missile Crisis brought the world to the brink of the Third World War. The Soviet Union deployed missiles in Cuba. Big American cities were within the range of these missiles. Kennedy issued an ultimatum to the Soviet leader Khruschev to withdraw missiles. Finally, good sense prevailed and Khruschev withdrew his missiles.

Commander Che was not satisfied with his success in Cuba. Much like Trotsky, he dreamt about a world revolution. He went to Bolivia to fight for the poor. There, Che attained martyrdom in 1967. He was only 39.

The Cuban Revolution ‘s biggest success lies in education and medicare. The education and medicare in Cuba rate was as high as developed nations. In 1991, when the Soviet Union collapsed, Cuba lost its biggest ally. With American sanctions in place, Cuba had a food crisis on its hand. And then came a white-turbaned Sardarji to Cuba’s rescue. Comrade Harkishan Singh Surjeet! The Indian communist stalwart collected thousands of tonnes of wheat for starving Cubans. The wheat-laden ship set sail from the Calcutta port. And the Cubans survived on the Surjeet bread!

On the 26th July 2019, Che’s daughter is in New Delhi. Mother India welcomes her with open arms. As long as the world is plagued with injustice, hunger and exploitation revolutions will continue. As they say in Hindi: Jab tak bhookha Insaan rahega. Dharti par toofan rahega (as long as man is hungry, the world will witness storms).