Taking serious note of large-scale destruction of mangroves on about 750 acres in Bhachau taluka of Kutch district, the National Green Tribunal (NGT), Delhi, has “directed” the Gujarat government, its forest department, and the Gujarat Coastal Zone Management Authority (GSZMA), to “jointly inspect the area” and fix responsibility as to who is “responsible for obstruction of the creeks” next to the Kandla Port Trust (KPT), leading to the damage to the plantations in the area. 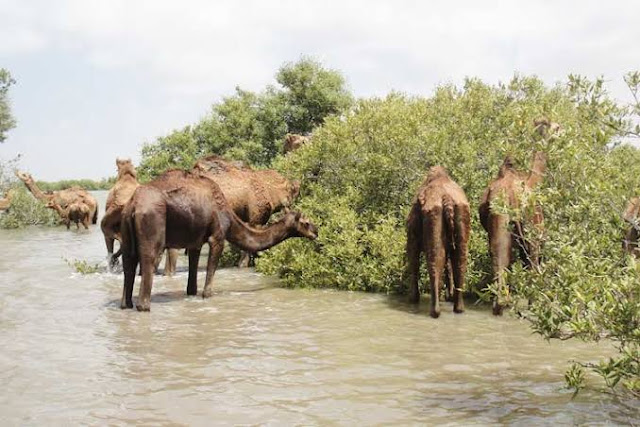 It also “advised” KPT, renamed as Deendayal Port Trust (DPT) after late saffron leader Deendayal Upadhyay, to “stop all prohibited activities immediately in coastal regulatory zone (CRZ) area and restore the pre-conditions by removing bunds and obstruction made to stop the free flow of water”, which were found to have resulted in the destruction of the mangroves.

It asked DTP, which handles about 14% of major port traffic of India, to “cancel” all such leases for salt producers “with immediate effect” which fall under CRZ category 1-A area, “classified as ecologically sensitive area as per CRZ notification”, even as preparing a “restoration plan” for the impacted and surrounding areas, submit it to NGT “within a fortnight.”

Asking the Gujarat forest department to “take immediate action to restore the mangroves which are damaged within a period of six months”, the NGT order, dated September 11, said, within one month it should ensure “recovery of environmental damage and cost of restoration of mangroves damaged”.

The NGT order follows a plea by Bhikhabhai Rabari, from Jangi village, Bhachau Taluka, Kutch district, belonging to the NGO Kutch Camel Breeders Association’s (KCBA), against concerned officials of the Gujarat and Government of India, as also DPT, and two salt manufacturing units on the destruction of mangroves.

In his plea, represented through advocate Sanjay Upadhyay, Rabari alleged that there has been a “blatant violation” of the provisions of the Coastal Regulation Zone (CRZ) Notification, 2011 as well as the Forest Conservation Act, 1980, by “rampant clearing of the mangroves” in Nani Chirai and Moti Chirai areas of Bhachau taluka in Kutch district by DPT.

These areas are known to be a habitat of indigenous Kharai camel, which live on mangroves. The rare camel species, numbering around 400, are a major source of livelihood for several hundred camel breeders of the region.

DPT is said to have allotted the areas falling under CRZ-I, which are under their control, for the extraction of salt, resulting in destruction of mangroves due to obstructions raised in the creeks without any permission of the Competent Authorities under CRZ Notification, 2011.

Though “multiple communications” were sent to DPT as well as the district collector, Kutch, as also other concerned officials, reminding them of the “blatant destruction of mangroves, which are habitat of 400 Kharai camels”, there was “no response”. 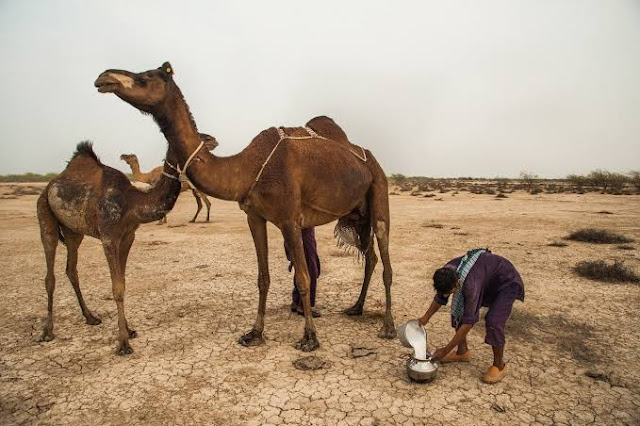 The activities “continued” despite the fact that, in a report, Dr Ashok Kumar Saxena, member-secretary, Gujarat Ecology Commission (GEC), had warned, in a letter to the Kutch district collector, as also senior environment officials of Government of Gujarat and India, that there is large-scale destruction of mangroves at Nani Chirai and Moti Chirai areas of Bhachau Taluka.
Responding to Rabari’s plea, the DPT advocate said that the Kandla Port Water Front land had a length of about 110 km, and due to “acute shortage of staff and more particularly due to inaccessibility by vehicles to the some of these areas, it is practically not possible for the DPT staff to monitor these lands on regular basis.”

Claiming that the region “is disputed as to whether this land belongs to the DPT or the Government of Gujarat (revenue land)”, DPT further said, “As such, is no clearly demarcated boundaries of lands belonging to DPT and those belonging to the state government”, blaming destruction of mangroves on “encroachers.”

The NGT order preceded an NGT-sponsored inspection of the site on April 13, 2018 by officials of Gujarat Pollution Control Board (GPCB) and Central Pollution Control Board (CPCB), which found “pans for salt farming and land levelled at several places which resulted in blocking of minor creeks i.e., obstruction of flow of sea water and destruction of the mangroves”, adding, mangroves would have “dried due to blocking of free flow of water in minor creeks.”

Also, following a representation of the Kutch Camel Breeders’ Association, a sub-committee, constituted by the district collector, Kutch, and headed by the deputy conservator of forest (DCF), Kutch, said that activities in the area resulted in destruction of mangroves habitats and removal of mangroves in an area of about 750 acres.

It recommended stopping all the activities immediately to restore free flow water in the creeks/creek lets by removing all earthen bunds/roads, insisting, since the area falls under CRZ category I-A, all the leases should be cancelled with immediate effect and legality should be followed. It also sought a restoration plan.