The Narmada Bachao Andolan (NBA), in a letter to the Madhya Pradesh government, has said that the protecting of the rights of the people affected by the Sardar Sarovar dam is the responsibility of the State government, which should take action as per as already decided during talks with NBA, pointing out that the steps taken by Narmada officials as also chief minister Kamal Nath are not “not in accordance assurances.” 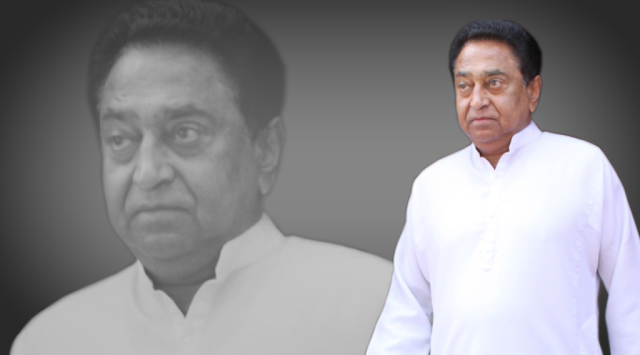 Amidst the chaos of illegal submergence in Narmada Valley, the Narmada Bachao Andolan (NBA) has written a letter to the Madhya Pradesh government demanding concrete action for the protection of the rights of the affected people in the state.

It is worth mentioning that while appealing to Medha Patkar and other affected people to end their hunger strike, the state government had accepted that thousands of families are yet to be rehabilitated in the submergence area and that they are against the full filling of the Sardar Sarovar dam.

But recently, the steps taken by additional chief secretary and deputy chairman of the Narmada Valley Development Authority (NVDA) Gopal Reddy and chief minister Kamal Nath in their letters written to the Central government are not in accordance with these assurances. That is why the movement has written a letter to the government, in the name of Gopal Reddy, today.

The state government should stop using false data. The letter states that in the meeting held on August 24, 2019 with the Madhya Pradesh chief secretary, the NBA had emphasized that the present government has also continued to use false figures of the previous government.
It is worth mentioning that in its letter dated May 27, 2019 sent by the government’s own Narmada Control Authority (NCA), only 6,000 families from 76 villages in Dhar district were claimed to be affected.

But, the State government has not done anything till now to protect the rights of the victims of illegal submergence. It has raised only such objections in the letters to the NCA and the Union Minister of Water Power such as that the Gujarat government raised the water level to 134.50 meters on August 31, instead of any date in September.

The government has not objected to the dam filling up to the full reservoir level. This step of the State government is against its declared role for protecting the interests of farmers, tribals, Kewat-Kahars, potters, cattlemen, and landless labourers, who are being immersed in rehabilitation.

The State government has not objected to the dam filling up to the full level. This step is against the declared role of the State government in protecting the interests of farmers, tribals, Kewat-Kahars, potters, cattlemen, landless laborers who are being immersed in rehabilitation.

All the same, it is the responsibility of the government to protect the basic, human and Constitutional rights of the affected people by limiting the water level to 122 meters till proper and complete rehabilitation of all the affected people.

In the letter by the NBA, the additional chief secretary has been reminded that the NCA is still considering the same false affidavits of the previous government as showing the zero balance of rehabilitation.

This forgery should be dismissed with relevant and reliable facts based on the ground reality. It seems that the concerned authorities are presenting the old baseless facts without informing the chief secretary, the minister of the department and the chief minister, which is violating the rights of the affected population.

The government is to be held accountable in an unpleasant situation. In the letter, it has been demanded that the government play an effective role at the ground level for the protection of the rights of the victims of this illegal submergence and have not been rehabilitated yet.

If the State government does not take it seriously then the creation of water tombstones of living communities are certain. In such a situation, it will have to answer every big and small question related to its role in protecting the interests of the affected and legal accountability.