So many Sikh ideologues have clearly stated that each Indian should follow their own religion and RSS should not try to impose the Hindu norms on Sikhs, whose traditions have been very syncretic and are far away from the Brahmanical norms. 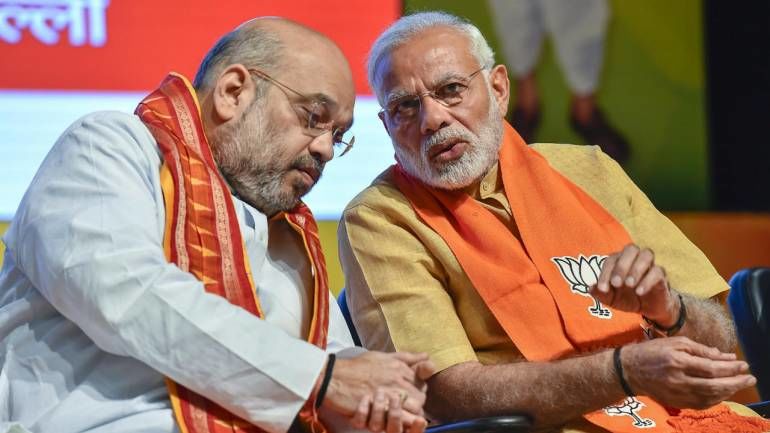 Rashtriya Swayamsevak Sangh (RSS) ideologues and leaders regularly keep stating that India is a Hindu Rashtra (nation). This has been very annoying for the religious minorities, particularly Muslims, Sikhs and all those who believe in Indian Constitution. This Dussehra, when RSS supremo Mohan Bhagwat, in his hour-long speech, reiterated the same contention, a large number of Sikh organisations and intellectuals opposed this statement and at many places, protests were planned.

Editorials in prominent Punjabi newspapers like Punjabi Tribune and Nawa Zamana criticised the statement, while the Shiromani Gurudwara Prabandhak Committee (SGPC) and the Shiromani Akali Dal (SAD)—which is a constituent of the Bharatiya Janata Party-led National Democratic Alliance (NDA)—also gave strong reaction to the statement by Mr Bhagwat. Giani Harpreet Singh, the acting jathedar (head priest) of Akal Takht, said that he believes RSS's actions will create divisions in the country. “The statements being made by RSS leaders are not in the country’s interest,” he told the reporters in Amritsar on Monday. Punjab Lok Morcha Chief Amolak Singh used even stronger language to point out that the statement was part of a bigger conspiracy and must ring alarm bells.

This strong reaction against Bhagwat’s statement has a valid justification—Sikhs are being projected to be part of Hinduism by RSS. This is not the first time that the Sikhs have reacted this way. In year 2000, when K Sudarshan was the sarsanghachalak (supremo), he had gone to the extent of saying that Sikhism is a sect of Hindu religion and Khalsa was created to protect Hindus from Mughal tyranny. RSS has also floated an organisation, Rashtriya Sikh Sangat, to bring Sikhism into the fold of Hinduism. Punjab has witnessed many protests earlier as well.

The rise of Sikhism with Sant Guru Nanak has been one of the major phenomena of 16th century in India. Guru Nanak’s teachings came in the backdrop of the prevalent Brahmanism to which he and his successors were opposed. Sikhism’s teachings drew from Bhakti-Sufi saints in particular. The latter were for egalitarian values away from the Brahmanical rigidities and inequalities dictated by them. Guru Nanak was inspired by Saint Kabir and Baba Farid in particular. Sikhism drew ideological inspiration from diverse sources; its teachings focused on humanism and equality of all beings. Nanak denounced orthodox practitioners of Islam as well as Hinduism and placed emphasis on the vibrant intercommunity relationships based on the subaltern versions of Islam and Hinduism. His teachings, on one level, are a synthesis of the values of both the religions—like reincarnation and the doctrine of Karma from Hinduism and oneness of God and congregation for worship from Islam. Sikh Gurus opposed caste, worship of cow and sacred threads. As this religion evolved, it developed its own identity with Guru Granth Sahib as its major tome and other practices which had deep roots in intercommunity interactions.

The assertion of RSS about Sikhsim being sect of Hinduism is a part of political agenda of Hindu nationalists. It begins with the definition of Hindu by V D Savarkar, which says: Hindu is a person for whom the land spread between Sindhu river and the seas is holy land and fatherland. This definition cleverly separates Muslims and Christians from the group of people who own this land. Going further, he labels Islam and Christianity as ‘foreign religions’. The attempt was to bring together all non-Muslims and non-Christians in a political mobilisation for Hindu nation.

With time, due to the political contingencies, the definitions kept changing. The intent has been to co-opt all others into the fold of Hindutva politics and therefore, now even Muslims and Christians are called Hindus in their scheme of things. This is a clever manoeuvrer. First, call everybody a Hindu and then impose the Hindu identity and its symbols: Cow, Gita, Ganga, Lord Ram. This is a political intervention into the realm of religion. Murali Manohar Joshi, when he became president of then BJP (1990), cleverly put that all the Muslims are Ahmadiya Hindus and all Christians are Christi Hindus.

The issues with their formulations are multiple. The confusions, which they try to create, are also multiple. The Jains—demanding minority status—hav led a long struggle. The followers of Buddhism or Sikhism in no way can forget or give up their own religious identity. Earlier also, attempts were made to undermine Sikh identity and Punjabi language. In the face of that, Bhai Kahan Singh wrote a book, Hum Hindu Nahin (We Are Not Hindus). While RSS cabal wants to call them Keshdhari Hindus (Hindus who are not cutting their hair and beards), Sikhs’ own self perception is that of being Sikhs at a religious level.

So many a Sikh ideologues have clearly stated that each Indian should follow their own religion and RSS should not try to impose the Hindu norms on Sikhs, whose traditions have been very syncretic and are far away from Brahmanical norms. It is in line of this that Guru Granth Sahib draws from the Saint tradition—Sufi and Bhakti both. One recalls that it was Miyan Mir who was invited to lay the foundation stone of Golden temple, the major Sikh Shrine, where intercommunity meals mark the unity of communities beyond caste-based and religious boundaries.

Rashtriya Sikh Sangat, an arm of RSS is active in Punjab in propagating that Sikhism is a sect of Hinduism. Agenda of Hindutva and Hindu nationalism propagated by the RSS—which has Brahmanical values at its base—is far away from what Sikhism stands for. So, no wonder that most of the Sikh groups and ideologues are standing together to oppose the statement that India is a Hindu Rashtra.