Close on the heels of top international environmental NGO Greenpeace reportedly identified six coal-fired power plants and industrial clusters as India’s “worst nitrogen oxides (NOx) hotspots” on the basis of data from Tropomi, a Dutch satellite instrument, the NGO has now found, on the basis of data obtained from NASA, that India houses 13 of the world’s top 40 anthropogenic sulfur dioxide (SO2) emitting hotspots, resulting from coal combustion. 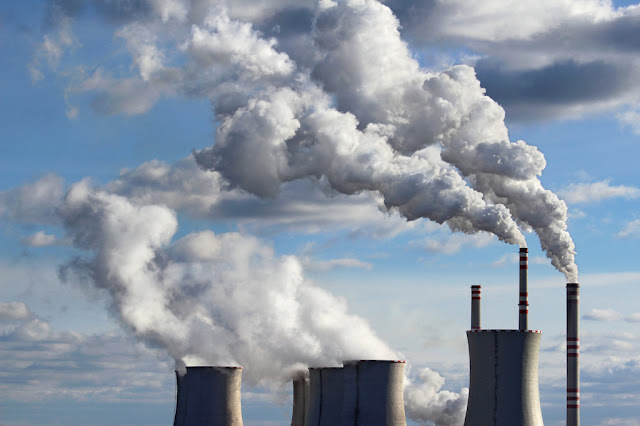 If the Dutch satellite-based data had identified Sonbhadra-Singrauli in Madhya Pradesh and Uttar Pradesh, Korba in Chhattisgarh, Talcher in Odisha, Chandrapur in Maharashtra, Mundra in Gujarat and Durgapur in West Bengal as India’s NOx hotspots, the new Greenpeace study says, thanks to coal burning, India is the largest emitter of SO2 in the world, contributing more than 15% of global anthropogenic SO2 emissions from NASA detected hotspots.”

Causing environmental pollution and pollutants originating from human activity, anthropogenic SO2 is mainly produced from coal combustion, as also from oil and gas refining/ power generation and smelters. It is known to be impacting human health, ecosystems, agriculture, and global and regional climate. 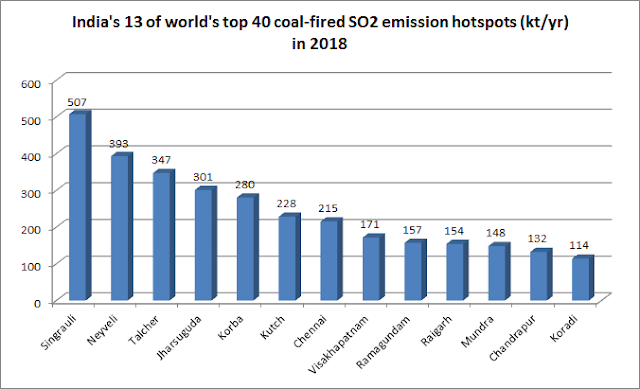 Titled “Global SO2 emission hotspot database: Ranking the world’s worst sources of SO2 pollution” by NGO researchers Sunil Dahiya and Lauri Myllyvirta, the study states, “More than 51% of total anthropogenic SO2 emissions are emitted in regions of high coal consumption for power generation and industries. Coal combustion for power generation is the major emission source, with smaller contributions from oil refineries/consumption, smelters and others.”

Shockingly, the study says, India is one of the three countries – the other two being Saudi Arabia and Iran – whose “air pollutant emissions from power plants and other industries continue to increase”. Then, there are Russia, South Africa, Mexico and Turkey, whose emissions are “currently not increasing but there is not a lot of progress in tackling them either.”
Commenting on India, the study states, “The primary reason for India’s high emission output is the expansion of coal-based electricity generation over the past decade. The vast majority of plants in India lack flue-gas desulfurization technology to reduce their air pollution.”
The study continues, “Singrauli, Neyveli, Talcher, Jharsuguda, Korba, Kutch, Chennai, Ramagundam, Chandrapur and Koradi thermal power plants or clusters are the major emission hotspots in the country”, adding, “In India, there has been an increase of SO2 emissions at already existing hotspots as well as the emergence of new sites generating emissions across the country.”

Criticizing the Government of India’s failure to control SO2 emission, the study underlines, “In a first step to combat the pollution levels, the Ministry of Environment, Forest and Climate Change introduced, for the first time, SO2 emission limits for coal-fired power plants in December 2015, but the deadline for the installation of flue-gas desulfurization (FGD) in power plants has been shifted from 2017 to 2022.”

In all, the study says, NASA satellite data captured more than 500 major point sources of SO2 emissions across the globe, including natural sources such as volcanoes. “Excluding all natural sources from our analysis and only investigating anthropogenic sources of SO2, we found a close correlation of high SO2 emission levels within regions that have high fossil fuel consumption i.e., geographies with high coal burning, oil refining and combustion as well as smelters.”

“Sixty percent of the total emissions detected by the satellite are anthropogenic. Regions with high capacity of coal combustion for power generation and industries, smelters, oil and gas refining/combustion contributed 31%, 10% and 19% respectively”, it adds.