India Has 10m Working Children, But Budget 2019 Has Slashed Outlay For Key Rehabilitation Project By 17%

The central government has allocated Rs 90,594 crore for children in Budget 2019, a meagre 0.01-percentage-point increase to 3.25% of the overall budget compared to last year, according to a report by the non-government organisation Child Rights and You (CRY). 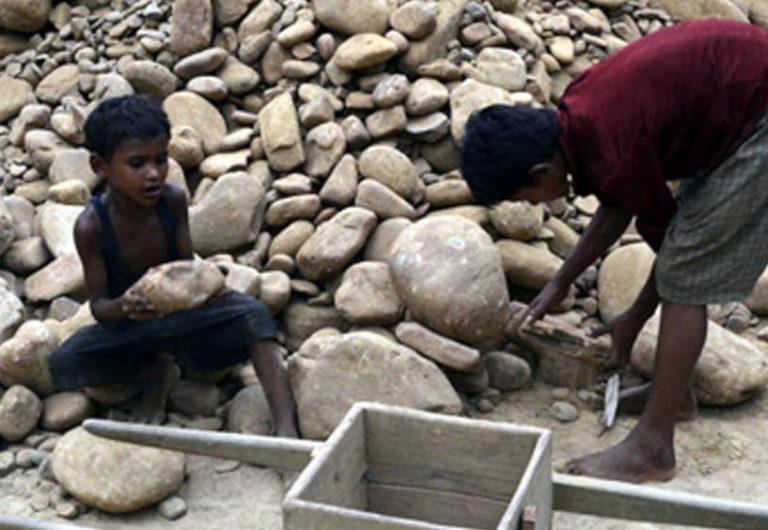 Children constitute nearly 40% of India’s population, yet the funds allocated for their education, development, health and protection remained almost constant, the analysis noted.

The largest chunk (68%) went towards education, followed by development (26%), health (3%) and protection (2%). While allocation for education fell 1.1 percentage points, the allocation for protection increased 0.6 percentage points from last year
.
“The interim budget 2019 has shown positive trends towards the vulnerable sections of our society, including farmers, small entrepreneurs and the tax-paying middle classes,” said Puja Marwaha, chief executive officer, CRY. “Yet, for almost 40% of India’s population comprising of its children, it failed to address the expectations of the nation as children were neither a part of the budget speech nor were they visible anywhere in the 10-point vision for 2030.”

Education allocation declines, post-matric scholarships shrink
There has been a “clear but gradual decline” in the share of education from almost 79% in 2015-16 (budget estimate or BE) to 68% in 2019-20 (BE), the report noted.

Samagra Shiksha Abhiyan or integrated scheme for school education has been allocated Rs 75,000 crore for the period between April 2018 and March 2020, the report noted.

The allocation for the post- and pre- matriculation scholarship for marginalised groups such as scheduled castes (SCs) and other backward castes (OBCs) has “remained stagnant or in fact reduced”.

Health budget declines, anganwadi services get a boost
Health saw a 0.5-percentage-point decline to 3.4% in overall allocation for children. The Integrated Child Development Services (ICDS)--the world’s largest integrated early childhood programme to reduce child mortality--saw a 19% increase to Rs 19,428 crore. The “substantial increase” may “not be adequate” to meet the demands in anganwadis (childcare centres), the analysis said.

Anganwadis provide services such as supplementary nutrition, pre-school non-formal education, nutrition, health education and immunisation. This has been the highest allocation over the last three years, according to the report. Note: All figures in Rs crore are budget estimates and have been rounded off

“Under Anganwadi and Asha Yojana, honorarium has been enhanced by about 50% for all categories of workers,” Piyush Goyal, interim finance minister, said in his budget speech on February 1, 2019.

As many as 11 states and four union territories have not announced any change in the additional salary paid to AWWs and AWHs since 2015, the report added.

The increase in honorarium “ought to induce much-needed positivity and improved accountability”, the CRY report said. The allocation for Beti Bachao Beti Padhao programme, aimed at preventing gender-biased sex selective elimination and ensuring survival, protection and education of the girl child, has remained stagnant since the last budget at Rs 280 crore.

"I can say with pride that with Beti Bachao Beti Padhao campaign, there has been a rise in the number of girls (female ratio) in Haryana, Rajasthan and many other states,” prime minister Narendra Modi was quoted by NDTV in this report on October 13, 2018.

“Many innocents have got rights. The meaning of life is not only to live, but live with dignity."

The budget reduced the allocation for the National Child Labour Project--to rehabilitate working children--by 17% to Rs 100 crore from the last budget. Nearly 10.1 million children--equal to the population of Uttarakhand--are working, either as ‘main worker’ or as ‘marginal worker’, according to International Labour Organisation data.