Written by Shaheen Kattiparambil | Published on: May 23, 2019 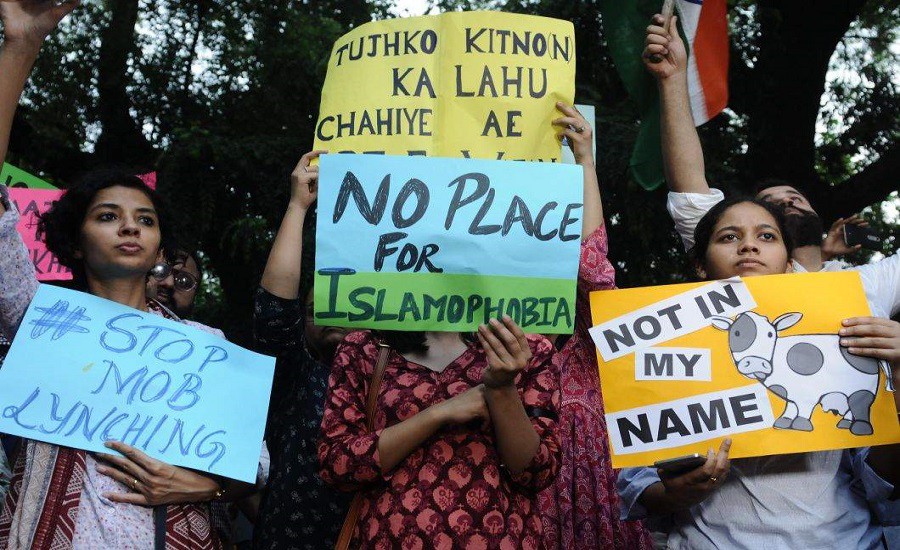 In his attempts at explaining Islamophobia as a phenomenon unique to the west, Prof Guduvarthy(‘There is Communalism – Not Islamophobia in India, The Wire, 01/05/19) commits a number of erroneous assumptions; namely limiting anti-Muslim violence in India to the domain of the Hindutva forces thereby discounting the structural racism and exclusion of Indian Muslims as evident from the Sachar Committee report and the securitization of Muslims apparent in the various anti-terror legislations proposed and supported across the political spectrum.

Guduvarthy’s neglect of the scholarship on Islamophobia which has been established for over 20 years is evident in some rather elementary misconceptions that liter his article.  For example, his exposition of Islamophobia as a word rather than as a concept by hinging his argument on the literal meaning of the words Muslim and phobia. The meanings of terms cannot be pinned down to etymology, but sense is made from their usage. For example, in policy debates, terms like xenophobia and homophobia are commonly used without being considered to be descriptions of psychological conditions[1] nor do these terms account solely for individual prejudices and biases but are rather deployed in relation to structures and systems of governance to gain an analytical and critical understanding.

This obliviousness to all the definitions that have been made in understanding Islamophobia as a concept by Muslim thinkers, academics, community leaders and organisations in the west is quite unfortunate and the subsequent denial of its use in India is in fact a negation of Muslim civil rights. Islamophobia is global rather Western phenomenon: it can occur where Muslims are considered to be recent immigrants (Western Europe), where Muslims have been present long before countries were formed (India, China, Russia, Thailand), it can occur in societies where there are virtually no Muslims and it can also happen in countries where Muslims are majorities not despised minorities (Algeria). There is nothing about the history of India that precludes it from Islamophobia. Moreover, if concepts ranging from democracy and secularism to capitalism and fascism could be transferred across social/political/cultural boundaries, why the exceptionalism to Islamophobia emphasizing its alleged western origins.

By locating class as the raison d’etre for prejudice and bias against Muslims, Prof Guduvarthy’s analysis indicates the dismissal of racism as an analytical tool to understand Indian Muslims in the Indian social sciences. The common argument raised against defining Islamophobia as racism is that Islamophobia cannot be considered as racism as Muslims do not constitute a race. Without falling repeatedly into the pitfalls of an etymological understanding, races are not physiological nor is it scientific per se and Muslims are definitely not a race, but they are treated as if they are a race. Just as a Muslim name or appearance guarantees a random security search at a Western airport, similarly manifestations of Muslimness ensures scrutiny by the Indian security apparatus as well. This identification of Muslimness as a threat is not borne out of prejudice or hate in the psyche of security officials be it in the west or in India, but rather it is rendered normal through institutional and systemic currents.
The other argument that anti-Muslim violence in the west is sporadic and isolated unlike in India where it is organized and well planned suffers from a myopic view of situating violence in the act per se without factoring in the prevalent Islamophobia discourse which is quite organized and fanned by a network of politicians backed by mainstream media, which trade on many tropes of the global Islamophobia industry. It would be shortsighted to assume that tragedies ranging from the Bosnian genocide (1995) to the Christchurch mosque shootings were random acts totally divorced from historical narratives and the rise of right-wing political movements running on an anti-Muslim platform. In violence and discrimination against Jews and African-Americans, the articulation of agency has played a dominant role in their resistance of which defining anti-Semitism and racism on their own terms was an integral part of that resistance.

This failure to grant agency to Muslims for the same can be fathomed from Indira Jaising’s writ petition to the Supreme Court urging the Indian government to legislate anti-lynching laws. Jaisingargued her case by drawing parallels between the lynchings of African-Americans in the late 19th century during the advent of the Jim Crow laws, but despite the use of the history and plight of African-Americans as a marker to measure the situation for Indian Muslims, the analytical comparison halts at victimization figures and statistics. The trajectories of the African-American Civil Rights Movement or the Black Power Movement would never be applied as a paradigm for analyzing or proposing a way forward for the Indian Muslim community as it would deem to disrupt the secular common sense by focusing on ‘the Muslim’ as an identity and any such assertions would be deemed ‘communal’ and hence an Indian Muslim version of Malcolm X or Martin Luther King Jr. for that matter would simply not happen.

Islamophobia is a form of racialized governmentality[2]. It needs to be named and its continual circulation in public debate testifies to the ways in which it hints at something that needs to be addressed and this need of Muslims especially in India cannot be done away with.Islamophobia is in India, a refusal to accept this, or dismiss it as communalism is not only epistemologically wrong but ethnically perverse. Denying Islamophobia is a denial of justice for Muslims in India.

Shaheen Kattiparambil is a Phd researcher at the Department of Sociology and Social Policy at the University of Leeds.