How Brahmins Negated The Progress of India

Written by Kancha Ilaiah Shepherd | Published on: September 11, 2018
In my earlier article “Shudras Built The Indus Valley Civilization!”   I argued that the Agni and Vayu worshipping Rigvedic Aryans might have caused the destruction of 1500 years of Harappan and post-Harappan civilization. My broad thesis that the South Indian names and spiritual cultures match with the productive and spiritual cultures of Harappan civilization is confirmed by the DNA analysis of the Rakhigari skull (The Explosive Truth, by Kai Friese, India Today, September 10, 2018).It is now well established that the Indo-African DNA and Indo-Aryan DNA have significant differences. The Indus Valley Civilization was built by Indo-Africans. 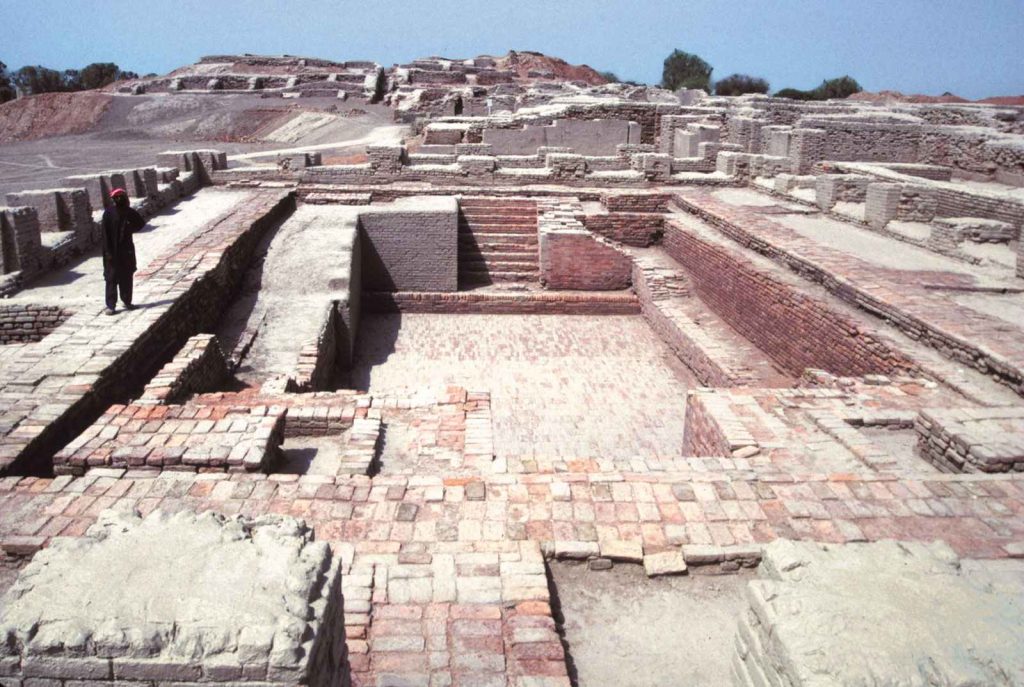 The Rigvedic Aryans never believed in worshiping  a God who ‘created the universe’. Their devotion to  fire and air indicates that they believed in material reality but not the spiritual abstractness of God. It is in Rigveda that they constructed the theory of Varna (colour and caste) in what is known as Purusha Sukta (there is no God Sukta in that book), as they never believed in God of human creation too. Though Brahma appears as a Purush who created Varna based human society in India in Rigveda,  his presence in the text is minimal but the real Purush (the heroic man) who significantly figures in Rigveda is Indra. 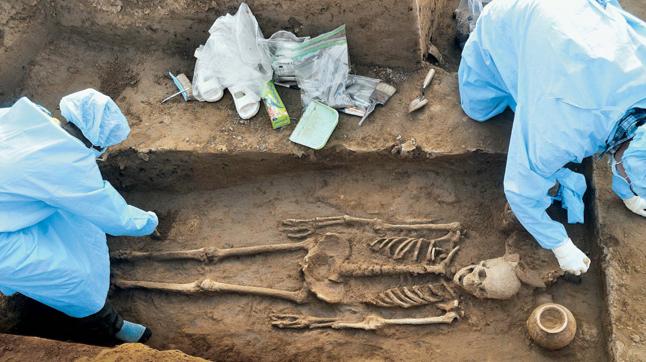 Apart from Agni and Vayu the text is full of Indra, who is shown as a hero who could do many destructive things, but there is no moral strength and constructive energy in him. May be because of that he was never projected as part of the Aryan Hindu Gods, as Brahma, Vishnu and Shiva were projected.

The Rigvedic priests worship Agni, Vayu and Indra in that order. Soma was the Rigvedic intoxicant drink that gets lot of adulation.

The Agni worshipping culture of Aryans who named themselves as Brahmins in the post-Rigvedic period saw to it that all the roots of productive and scientific cultural values of India were undermined with massive promotion of Fire worshipping spiritual practice called performing Homam. They have thrown tons of food materials in the Fire and systematically developed  a spiritual culture that denied even the basic food for human survival.

The Indian poverty got institutionalized both by anti-production values of Brahminism and food wastage. This they do even in the 21 century in the name of doing Yagas and Kratus. The Brahmins live semi-naked while performing these Yagnas and Kratus and also around the temples by showing their non-transformative and primitive brain and body culture. Since the Shudras follow them in spiritual domain their modernity is also in crisis. The Shudras never could assert their identity and autonomy.

Their worship practice and dress code is accepted by Shudras (All Backward Classes) even in the contemporary times even though they oppose granting of   equal spiritual and social and economic rights to Shudras. The Shudras still remain an uncritical social mass without developing their own spiritual thought processes. They follow Brahminsim that came into operation with the writing of Rigveda and continue that life in modern political democracy. It has institutionalized a structure of Spiritual Fascism that resists change and transformation. In this spiritual system the Shudras live as  second grade citizens.

Most of the Brahmin  modern intellectuals oppose equal education rights (in Sanskrit language in the ancient and medieval times, in English language now) to Shudras. The Brahmins from Nehru days supported private English medium education mainly enrolling the Brahmin-Bania children. By and large they oppose the reservation system put in place by Dr.B.R.Ambedkar, the modern Mesaiah of the Shudras/Dalits and Adivasis.

Unfortunately many Shudras trust Brahmin spiritual and political pundits but do not trust themselves.

From the days of Rigveda to present all major institutions were controlled by Brahmins and the Shudras could not challenge them in any sphere. They could not challenge them in spiritual and philosophical realm because they accepted the Brahminic superiority as God- given.
After the Bharatiya Janatha Party came to power in 2014 where the Bania-Brahmin control of central institutions became more pronounced even the top layers of Shudras like Marathas, Jats, Patels, Gujjars and so on, began to fight for reservations in jobs. They lately realized that they are nowhere to be seen in the Delhi power structures. But the same Veda pundits know how to handle them. The Shudras had no knowledge of Sanskrit in ancient and medieval times and now they do not have enough knowledge of English to challenge the Brahmin-Bania intellectual domain.

The Brahmin priests, with the support of their intellectuals, waste millions of tons of food by throwing it in their spiritual Fire, while the Indian masses—including children- keep starving. Even the modern Shudras participate in such performances not knowing all this has marginalized their productive and constructive history.

The Rigvedic Aryans, who perhaps would have been the Indo-African slave owners like the Greek and Roman slave owners (with their own Aryan characteristics) constructed a theory of fourfold Varna. The last Varna—Shudras—must have been the real descendants of the Harappans. A whole lot of peoples must have been forced to become the slaves of newly settling Aryans over a period of time because they won the wars that followed the Aryan invasion.

By 1500 BC around which they wrote Rigveda the Indo-African enslavement must have been complete. This is what exactly the Rigveda says while constructing the theory of fourfold Varna that had huge historical implications for millennia later.

These two lines decided the fate of Indian society for millennia. It actually means that the Brahmins have been created from the mouth (head) of Purush, the Ksatriyas were created from the shoulders of the Purush, the Vyshyas were created from the Thighs of Purush and the Shudras (the Indo-Africans of that time) were created from the Feet of the Purush. It is said that the noun Purush is used in the sense of the noun Brahma—the first God of Hinduism, now the first among the Threemurthies-Brahma, Vishnu and Shiva.   The Shudras accepted this construction of an undivine creation theory where there is no place for equality. The Hindu philosophy revolves round these three names and they all justify caste system, as that survives in the 21st century. Even the Post-Ambedkarite Hinduism operates in that Rigvedic ideology. Though Ambedkar embraced Buddhism the Shudras hung on to Hinduism which treats them as second grade citizens. Their Rigvedic status has not changed as yet. Their place in English India is as bad as it was in the Sanskrit Brhamin India.

The Rastriya Swayamsevak Sangh and its its political wing –the BJP—mobilize  hundreds of Brahmins to perform such Food burning rituals and Banias give hundreds and thousands of millions of rupees  to spend on this kind destructive Fire spiritual practices. After these forces got internationalized food—particularly ghee, rice, pulses and so on— being wasted in the Fire   has spread to America, Europe, Australia and Canada.

Earlier they were willing to reform and change but with the backing of the RSS they became more rigid and unrelenting for change. Even from the foreign countries they are humiliating the productive Shudras and their food culture, history and lineage. The Shudras living in the foreign countries are also not in a position to challenge them. This is because they see the Hindu religion that is said to have its roots in Rigveda is under the control of the Brahminic forces even in those countries. Even in Christian and Muslim majority countries the Shudras still live in the grip of the Brahminic spiritual philosophy since they need a religious identity. They have not acquired any spiritual philosophical energy to challenge Hindu religion.

The Rigvedic culture set back Harappan economy and culture pushed it back to Pastoralism, which was non-productive and was mere cattle economy. To take India out of that backward anti-Urban civilization a Buddhist school had to emerge and rebuild Indian economy and agriculture by re-connecting Harappan civilization of city building to Buddhist urbanization.If Gautham Buddha were not born in India at that particular juncture, perhaps India would have remained in Pastoralism for several hundreds of years. No urbanization would have come back to build cities like Pataliputra, Hasthinapura in the Ganga Belt.

In pre-Buddhist India after the destruction of the Harappan (Indus Valley) Civilization no significant urban civilization seemed to have been built. Mythological cities like Ayodhya or Madhura do not show proper character of city like Pataliputra, which became big urban dwelling while Gauthama Buddha and the  first great emperor, Magadha Bimbisara, were alive and lived in and around it.

From the writing of Rigveda to the present, the Brahmin community never laid its hands on a plough and spade nor did they stop throwing food in the fire. A system of throwing food in the fire is no religious practice by any means. It is a process of destroying food and that too without getting involved in any process of its production. This is where they succeeded moulding the descendants of Harappa and their civilization as Shudras, who remained supplicant followers of Brahminism till our contemporary times.

How this became possible? The short answer lies in control of Sanskrit language brought in by Aryans to India earlier and the control of English brought in by the British rulers now,  by the same caste and class forces. The Shudras did not challenge the process of Sanskrit remaining a private teaching and learning domain of the top two or sometimes three communities—Brahmin, Ksatriya and Bania—in the pre-British times. Now they are not in a position to challenge the  English medium education where the Shudras  hardly have any presence.
The agrarian Shudras like Marathas, Patels, Jats and Gujjars (all are the descendants of the Harappna civilization) are fighting for reservation but they may not win the battle as hardly any of their representatives are in the higher judiciary, top bureaucracy and English handling political and academic intellectuals. So far they have not produced a single high end philosopher, who could write in English any major spiritual philosophical text.

They lost the ground in Rigveda and it is very difficult to regain it unless they get complete access to God (as priests and philosophers) and English (as intellectuals) in the modern Brahminic India with a command to write spiritual philosophical texts of their own.