Himanta Biswa Sarma, a BJP leader in Assam –now the finance minister of the state--who has on previous occasions,too used the CAB to reassure non-Muslim communities, is once again playing the CAB card and pushing its agenda, to keep the weather ripe for acceptance of CAB before its re-introduction in the winter session of the Parliament in November. 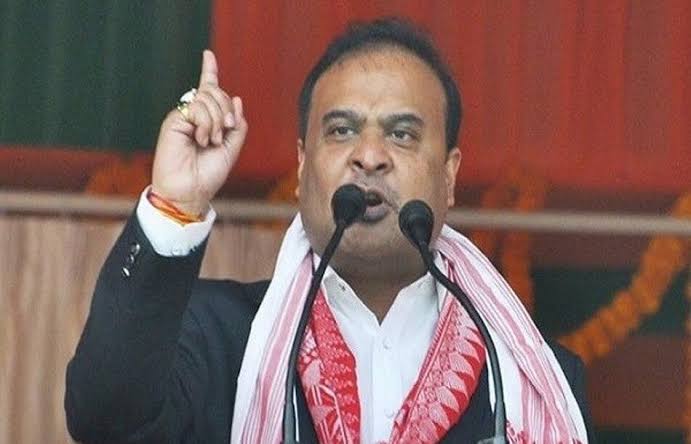 The Indian Express reported that a key BJP leader in Assam, Himanta Biswa Sarma made the following statement on October 23, “After the CAB (Citizenship Amendment Bill) is passed, Assam detention camps will be shut for Hindus, Buddhists, Jains, Christians. Regarding the other population, it is for the court to take a call. Detention camps are there because of a court order, not because the state government wants them.”
The leaders of BJP and RSS, starting with Mohan Bhagawat to Amit Shah, Himanta Biswa Sarma, and SiladityaDev, a BJP MLA have in the past made assurances in their statements to the public that Hindus 'Hindus are not foreigners in India', 'Citizenship rights of the Hindus will be protected', 'Detention camps are not for Hindus.' Evidently these reassurances have been hollow as many Bengali Hindus have been languishing in detention centers, which are housed in district jails. Calling them detention centers only sugar coats the terminology but the reality remains far worse.

Plight of the detained

In August this year, at least 10 people were released from detention camps in Assam after the Supreme Court ordered conditional release of people who had spent 3 years in detention camps. One such detainee who was released, was SudhanSarkar, who says that he has lived in Assam for over 40 years. In retelling the horrors of surviving in the detention center of Goalparahetold our Assam program coordinator Zamser Ali, “They have finished me in these four years. They used to give me boiled dal, vegetables and stale rice.”

This is a tale of a survivor but his ordeal is not over yet, he is unsure of his future, of the status of his citizenship while he struggles to make both hands meet to sustain. The State government admitted before the Assam state assembly that there have been around 25 deaths of inmates while incarcerated in the state’s six detention camps and all have been due to “illness”. The dead include 14 Muslims, 10 Hindus and one member of the Tea Tribes.

It is apparent from these earlier reports that many Hindus in Assam have suffered on account of various issues arising out of the National Register of Citizens exercise on going in Assam. The BJP which had hailed this process earlier in the hope that the Bangladeshi Muslim community will be majorly affected inthis exercise and will be detained are now calling the grapes sour. They did not expect that a majority population of Hindus and indigenous populations will be so adversely affected and are now trying to redeem themselves by harping on the Citizenship Amendment Bill, 2016or CAB to provide assurances to “Hindus, Buddhists, Jains and Christians”.

Himanta Sarma has on previous occasions as well spoken in context of the NRC and the Citizenship Amendment Bill. He has admitted his party’s complete dissatisfaction with the outcome of the final NRC which completely busted the myth of the Bangladeshi bogeyman and instead ended up excluding several people belonging to indigenous tribes and communities. Sarma said, “The Bharatiya Janata Party does not believe in it as it became opposite of what we wanted it to be. We will tell the Supreme Court that the BJP rejects the NRC. It is not a document of identity of the Assamese people.” He also said that there will be new NRC in Assam.

It was reported that the Bill may be introduced in the winter session of Parliament, after it has caused a furore since January. The bill specifies that illegal immigrants from three neighbouring countries (Afghanistan, Bangladesh and Pakistan) of all religions except Muslims will be allowed to become citizens of India if they have been staying here for 6 years (instead of the earlier 11 years).

The Union Home Minister, Amit Shah, has made some bold and brazen statements in the run up to the winter sessions of the Parliament as well as the State Assembly elections in states of Maharashtra and Haryana and bye polls in some other states. Amit Shah announced that the Citizenship Amendment Bill will give citizenship to Hindus, Sikhs, Buddhists, Christians, Jains. By excluding Muslims from the citizenship amendment he has shown the true intention behind CAB and the NRC.. In an interview with News 18, Amit Shah had clarified his stand on not offering citizenship to Muslims in the new amendment to Citizenship Act and said that does not mean that Muslims are intruders. But "it is not possible for them to be religiously persecuted".

The recent cover story of the Frontline Magazine observed that by reviving the Citizenship Amendment Bill, with its singularly exclusionary character, the BJP government is resurrecting its majoritarian agenda.It further observed that the resurrection of the CAB has led to the interpretation that non-Muslims in the mass detention camps set up for “illegal immigrants” whose names did not figure on the final NRC list, would be easily accommodated under the CAB

Ever since the CAB has been announced, it has met with the ire of indigenous people of Assam stating that it could pose a threat to the political, economic, cultural and social affairs of the indigenous peopleas also the opposition parties all over the country.

The exercise to kill dissent against CAB has already started. In Tripura a doctor was suspended for posting “objectionable remarks” on social media against CAB  and for criticizing the Tripura chief minister and he responded saying that his comments were in his 'personal capacity as a free citizen of a free country'.