For Gandhi sanitation was not just picking up a broom, cleaning for photo opportunity

Mahatma Gandhi’s spectacles are being used as an emblem for Government of India’s sanitation campaign Swachha Bharat Abhiyan (SBA). 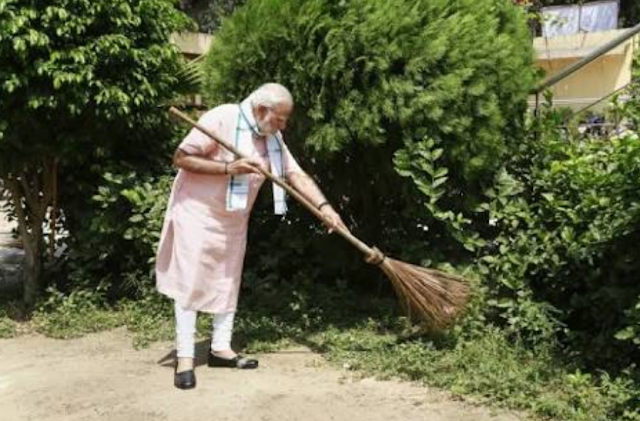 Even though Rashtriya Swayamsewak Sangh, the ideological parent of ruling Bhartiya Janata Party, abhors Gandhi’s ideology, yet Prime Minister Narendra Modi has decided to use Gandhi as a symbol for his drive for cleanliness.

First, he knows that Gandhi is the only truly mass leader that India has produced in recent times who holds national as well as international appeal. Second, he would probably not want people to remember Gandhi for his other ideas like truth, non-violence, Swadeshi or communal harmony because they are antithetical to his and his organisation’s thinking. It would be much convenient for his brand of politics if future generations of Indian were to associate Gandhi only with sanitation programme and none of this other ideals. For Gandhi sanitation was not just picking up a broom and cleaning for photo opportunity, which is what the Swachha Bharat Abhiyan  has been reduced to. When a new person would come to Gandhi's ashrams with a desire to work with him, the first thing s(he) would be required to do was to clean a toilet. This was Gandhi’s way of testing people’s resolve and commitment to social or public cause. Gandhi would identify with community of sanitation workers and even said that in future birth he would like to be born in that community.

The people who are engaged in cleaning of human excreta are called manual scavengers. This practice is a blot on the name of humanity. According to Socio Economic Caste Census 1,80,657 households earn their livelihood through manual scavenging. However, this number in reality is much higher because the government's definition of manual scavengers doesn't include sanitation workers cleaning sewer lines, septic tanks or railway tracks. 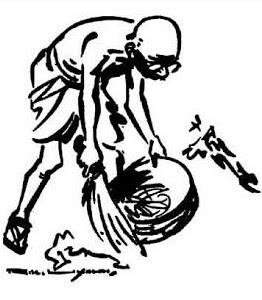 Under the Swachha Bharat Abhiyan Gramin 9.16 crore toilets have been constructed during the last five years which has increased the sanitation coverage from 38.7% to 98% during this period. India's 601 districts out of 752 and 5,50,151 villages out of 6,40,867 have been declared open defecation free. The above statistics would have created a real problem for us if it were true.

Firstly, we would require an equally huge number of manual scavengers to clean the soak pits in which the human excreta gets stored underground when they are filled. Secondly, the soak pit design in areas of the country like Uttar Pradesh and Bihar, where the water table is very high, especially in rural areas where these toilets got built, would have posed a threat of contamination of ground water. Fortunately, the corruption in construction of toilets and mis-reporting is for now a blessing in disguise as the abovementioned problems are not as exhaustive or comprehensive as the data seems to indicate. The reality is that most toilets constructed as part of SBAG are not being used because of faulty or incomplete construction. Not once during the Swaccha Bharat Abhiyan we find a mention of manual scavengers or their problems, all of whom incidentally come from a particular caste called Valmiki in North India belonging to the dalit community.

Modi famously washed the feet of five sanitation workers on February 24, 2019 during the Ardh Kumbh at Prayagraj as a mark of respect to their contribution to ensuring cleanliness during the month and a half long event. However, the need to undertake this exercise arose probably because there was a protest going on of sanitation workers during the event itself demanding minimum wages and better working conditions.
A well known activist-poet from Allahabad Anshu Malviya was arrested on February 8 by Crime Branch of Police and threatened with imposition of National Security Act on him because he was at the forefront of organising the sanitation workers. After a protest by activists and sanitation workers he was finally released after midnight from a local police station. Sanitation workers were getting Rs 295 per day as daily wages whereas they desired Rs 600, according to a minimum monthly honorarium of Rs 18,000, which is being demanded by national level trade unions.

Meanwhile, sanitation workers continue to die while inside sewer lines and septic tanks. Ministry of Social Justice and Empowerment informed the Lok Sabha in 2017 that 300 deaths by asphyxiation had taken place when workers were involved in underground cleaning operations that year. On November 10, 2018 Dinesh Paswan and Vikas Paswan died in an accident inside a sewer line in Chowkaghat locality of Varanasi while Satyendra Paswan suffered a leg fracture. 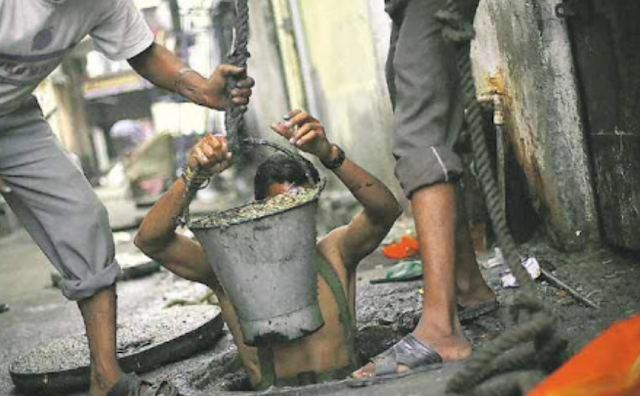 The district administration or the government did not take responsibility and instead the contractor Pankaj Srivastava was made to pay the compensation. The case was registered at Chetganj Police Station of an accident but not under the 2013 Act. On June 15, 2019 seven workers died inside a septic tank of a hotel, 30 kms from Vadodara in Gujarat, but again no case was registered under the 2013 Act. If the cases were registered under the Prohibition of Employment as Manual Scavengers and their Rehabilitation Act, 2013, family members of the deceased or the survivor would have been rehabilitated in an alternative occupation.

The act of Modi washing the feet of sanitation workers helped to overwhelm the basic demands of workers -- a respectable income, safe working conditions, education for their children, health care for their families, an insurance against accident and solution to health hazards faced by manual scavengers.

Mahatma Gandhi was opposed to machinery. But one machine he would not have opposed would be machine to clean sewer lines and septic tanks as it would have liberated the manual scavengers from an ignominious plight. It is a shame that we've machines in the modern world which can perform surgery without opening the human body but we don't have machines which are readily available to clean the sewers and septic tanks.
---
*Magsaysay award winning academic, social and political activist. Contact: [email protected]