Written by Dr Binoy Kampmark | Published on: August 30, 2018
It was long overdue, but Pope Francis’s letter of condemnation and apology regarding the abuse of children by Catholic priests did sent a few ripples of comfort and reckoning.  He conceded that the Church “showed no care for the little ones; we abandoned them”.  He acknowledged the “heart-wrenching pain” of the victims who had been assaulted by the clerical class, and the cries “long ignored, kept quiet or silenced”. 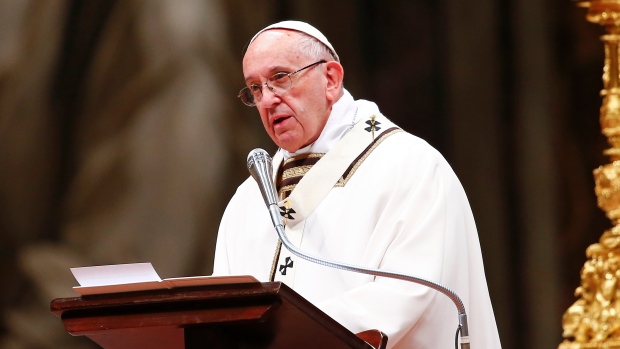 “With shame and repentance,” went the Pope’s grave words, “we acknowledge as an ecclesial community that we were not where we should have been, that we did not act in a timely manner, realizing the magnitude and the gravity of the damage done to so many lives.”

What is left hanging in the air is any system of defined accountability, one characterised by an ancient institution mothballed by secrecy and obfuscation.  In the pointed words of Irish abuse survivor Marie Collins, “Statements from the Vatican or Pope should stop telling us how terrible abuse is, and how all must be held accountable.”

The Pope had been given a prompting this month, a nasty reminder he acknowledged in his note.  “Even though it can be said that most of these cases belong to the past, nonetheless as time goes on we have come to know the pain of the many of the victims.”  The Pennsylvania Supreme Court had made a near 900 page grand jury report investigating clerical sex abuse of minors public, a digging enterprise spearheaded by the Pennsylvania state Attorney General Josh Shapiro.  The grizzly bounty came to 301 accused priests, with some 1,000 victims throughout the state, and even then, it only covered six of the eight dioceses in the state.

The details read like chillingly lurid pornography: a priest in the Diocese of Erie who “fondled boys and told them he was giving them a ‘cancer check’”; a priest in the Diocese of Allentown who impregnated a 17-year-old and “forged another pastor’s signature on a marriage certificate”.  What also accompanied such acts of molestation was the divine remit: victims were assured that their sexual provision was part of a broader Godly purpose.

The exploits of some of the accused resemble catalogues of brutal overachievement.  Rev. Edward R. Graff, who served in the diocese of Allentown for 35 years, could add scores of victims to his repertoire. Much of his conduct was executed on the premise that he was “an instrument of god”.

After the abuse comes the vast apparatus, the doctrinally directed cover-ups that warn of continuing offending behaviour while still keeping matters bolted and in-house.  The report notes the point.  “What we can say, though, despite some institutional reform, individual leaders of the church have largely escaped public accountability.  Priests were raping little boys and girls, and the men of God who were responsible for them not only did nothing; they hid it all.  For decades.”  Within the church itself, church officials received protection and succour. “Monsignors, auxiliary bishops, bishops, archbishops, cardinals have mostly been protected; many, including some named in this report, have been promoted.”

Matters have been particularly heady in the field of child abuse accusation this US summer.  Cardinal Theodore McCarrick resigned his cardinalship after accusations of abuse from adult seminarians and children.  On the other side of the planet, one of the Vatican’s highest ranking officials, Australia’s Cardinal George Pell, is busy battling charges of historical sex abuse.

Resistance to prodding from the secular world remains trenchant in some branches of the Church. In Australia, despite the passage of legislation breaching the sacred seal of the confession, priests have openly stated that they would sooner go to prison than reveal the contents of a penitent’s confession, even if it discloses instances of child abuse.  Church business remains resistant, defiantly so.

To that end, the shaking measures of legal action may be one of few mechanisms to ensure accountability.  Criminal prosecutions have tended to rarely succeed; issues of evidence and the passage of time often condemn them.  Civil lawsuits, as Timothy D. Lytton of Georgia State University argues, might have more prospects of success.  This, however, will face bars imposed by the statute of limitations. “Unless lawmakers across the country pass reforms to extend or suspend the statute of limitations in their states, I believe that the church will never provide a full accounting of the scandal.”

The language of Pope Francis can be misconstrued as healing and resolving.  It does neither.  The Church sprawls and continues to exist with its own rationales, its basis of functioning. It was the world’s first operational corporation, its crimes and infractions as much to do with that logic than anything else.  Until its approach to the powerful clerical class is reformed, the abuses will continue in the shadow of misused divinity.