UP: Court breather for student who accused BJP’s Chinmayanand of Rape

Written by Sabrang Staff | Published on: September 24, 2019
Amid reports of arrest on extortion charges, Court agrees to hear law student’s plea for protection from arrest 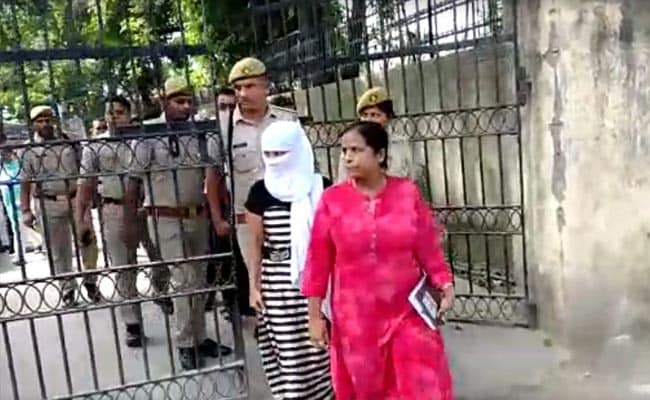 The law student who accused BJP’s Chinmayanand of rape and sexual exploitation, in a curiously strange turn of events, is facing an investigation for alleged extortion. And today, news surfaced that the student has been arrested. However, in what may come as a breather for her, the court agreed to hear her request for protection from arrest. A court in Uttar Pradesh will hear her petition on September 26, Thursday.

The news came for the woman amid reports that she may have been taken by the police for questioning after she was charged with extortion. Her lawyer, Anoop Trivedi said, "The media was broadcasting wrong news that the girl was arrested. We have not been given any notice," said the woman's lawyer Anoop Trivedi.

The 23-year-old woman was on her way to the court in UP's Shahjahanpur for protection from arrest when reportedly, the police intercepted her, took her outside and made her sit in a vehicle, sources said.

The law student is seen walking out of the court in some visuals, flanked by a large number of policemen and a woman officer of the Special Investigation Team (SIT) that had been constituted to investigate the allegations against Chinmayanand, a former union minister. She had accused that he blackmailed her, forced her to give him massages and raped her for a year.

The minister’s lawyer Om Singh, however, repeated his claims of a conspiracy and extortion, "I have been saying from day 1, that the video uploaded by the woman on Facebook, it has connections to extortion against Chinmayanand... I just cannot understand why she has not been arrested yet. She will go to jail, of that I am sure," he said.

The BJP minister was arrested on last Friday, days after the law student testified in court and close to a month after the allegations first surfaced. The court has denied him bail and told him to approach the Sessions court.

The law student had been trying to file a rape complaint for almost a month but the UP police refused to do so. Once arrested, apparently, he has been not charged with rape still. The only charges the police did file was that of kidnapping and intimidation, which the woman's family had alleged after she went missing.

He was finally arrested a day after UP Chief Minister Yogi Adityanath, at a press conference on his government's half-way mark, claimed that women's safety was a priority for him and crime had dropped since he came to power at the head of a BJP government.

The 23-year-old woman, a student at a law college that Chinmayanand runs, on Monday went to a court protected by over 50 police personnel and recorded her statement in the court of the chief judicial magistrate.