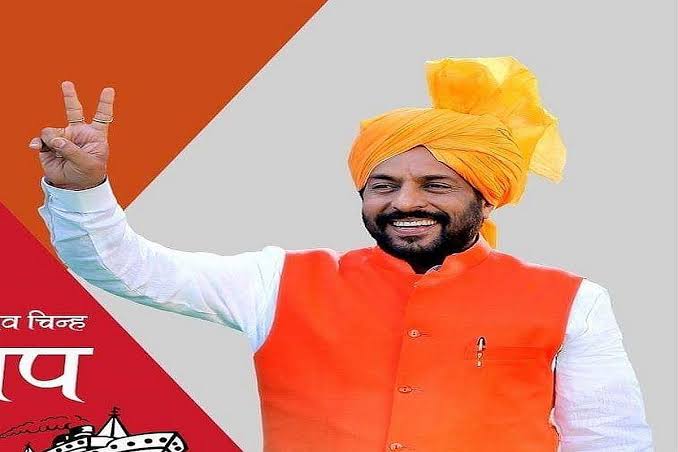 Ankit Sharma, the brother of Geetika Sharma, who was allegedly driven to suicide by then Haryana MLA GopalGoyal Kanda in 2012 on Friday, lashed against the prospect of the BJP government joining hands with the tainted politician to form a government in Haryana.

Kanda, who won from the Sirsa assembly seat by a margin of 602 votes in this election, met with BJP working president JP Nadda late on Thursday in Delhi. "We will support the BJP unconditionally. My father was in the RSS, so we are part of the family. We have all agreed to support the BJP," he said today.

Gopal Kanda, the controversial Haryana MLA is back in the headlines after he won the Haryana election and almost turned kingmaker, promising to back the BJP to form a government in the state. The BJP fell six seats short of 46 needed for a majority.

"Where do we go to find justice, if people like Gopal Kanda are allowed to run constituencies? What about the slogan we have in Haryana - BetiBachao, BetiPadhao - if we are giving the responsibility of women to a hooligan?" Ankit Sharma told a TV channel.

Geetika, a 23-year-old air hostess with the now defunct MDLR airlines, which was owned by Kanda, had committed suicide in 2012 alleging harassment by Kanda and one of his aides ArunaChadha. Unable to bear the loss of her daughter, Geetika’smother also killed herself a few months later in 2013.

Kanda was arrested for abetting the suicide after Geetika left behind a suicide note, and was also booked for rape, criminal conspiracy and criminal intimidation. The rape charges were later dropped when the Delhi High Court granted him bail in 2014.

Geetika had accused of Aruna and Kanda of repeatedly breaking her trust and ruining her life. She had said that both of them were cheaters and crooks and were trying to now sabotage her family members. She said they had used her for her innocence and that Kanda should be punished for his malicious intentions towards her and her family.

Kanda had then resigned as a minister from then CM Bhupinder Singh Hooda’s cabinet, which was the Opposition party to the BJP. At that time, the BJP had held protests against Kanda, demanding his arrest.

In light of the situation Congress President Sonia Gandhi said, "Look at what Modi had said earlier; he was removed from our cabinet and now he is being made to look like a hero."

Calling out her party over Kanda, BJP leader and former Union Minister tweeted against BJP’s stand.

Meanwhile, over the vociferous protests, the BJP is not likely to take Kanda’s support and form an alliance with Dushyant Chautala’s Jannayak Janata Party (JJP) to form its government in the state.