Anticipating police action and interrogation, many housing complexes in Bengaluru have decided to not employ Bengali speaking people as labourers or domestic help, especially minorities. In this quest of weeding out illegal immigrants from Bangladesh, many citizens have also been targeted which has led to this prejudicial ban, leading them to lose their livelihoods. 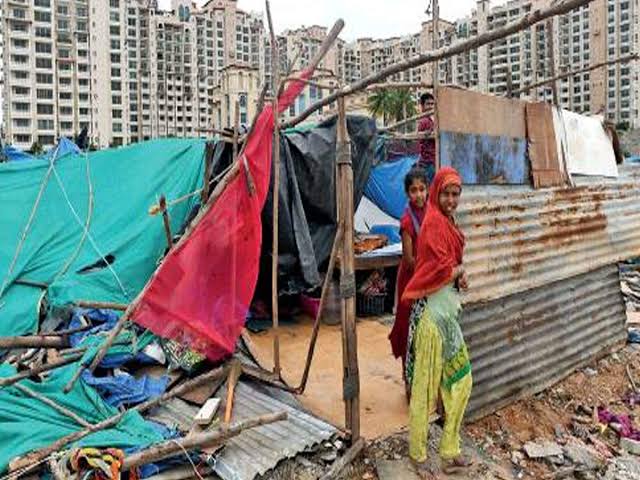 The news of the informal ban was also confirmed by internal email communications among apartment residents in Kadubeesanahalli, Koramangala, HSR Layout, Somasundara Palya, Panathur, Sarjapur Road, Kundalahalli and Tubarahalli limits of Bengaluru to which Deccan Herald had gotten access to. Reportedly, it was a response to the police crackdown on illegal migrants which set off this panic amongst apartments in Bengaluru. Many residents were clueless about whether this ban will be implemented.

Activists and civil society groups in Bengaluru have responded saying that only daily wage workers and lower income groups get affected at such moments. Earlier they had to deal with law enforcement agencies; now, since, the panic has set in, they are at a risk of losing their livelihoods, the reason that drove them to migrate from their home states.

It, however, seems unlikely that this informal ban can only be attributed to the panic set in due to police crackdown on illegal immigrants. The drive by political forces who govern the state has fed into this agenda. The BJP-ruled government is already building adetention campin the outskirts of Bengaluru.

Such a ban cannot have a legal backing and hence it is being carried out informally through an  exchange of emails and by communicating to hiring agencies that they do not want to hire Bengali speaking people.

A detailed investigation was carried out by The Federal which highlighted that in the clusters in Thubarahalli village located in East Bengaluru, there was a virtual ‘India-Bangladesh’ border due to the illegal immigrants from Bangladesh who live there. The Indian Bengalis live in constant fear that due to the illegal immigrants they also will be apprehended despite of being rightful citizens of the country. As per this report, the detention centre near Bengaluru is weeks away from its opening, making Karnataka the second state to have such a facility. Clearly this is in pursuance to the larger agenda of the Central ruling party since in July, Union Home Minister had said, “We want to stop infiltration and also push every single infiltrator out of the country. As far as Hindu refugees are concerned, we are bringing the Citizenship Amendment Bill to give them Indian citizenship.”

Per the report, many false cases were lodged against the Bengali Speaking Muslim labourers in Bengaluru implicating them as illegal immigrants but the same were quashed in courts, being false. There are Bengali Muslim settlements in Thubarahalli, Sarjapur, Bellandur, Hosur and other parts of the outskirts of Bengaluru which will, in all probability, face the dire consequences once the detention centre opens up in accordance with the state government’s mandate.

The investigation carried out by The Federal also revealed the miserable conditions in which Bengali speaking migrants from other states in India, suffer at the hands of contractors of Bruhat Bengaluru Mahanagara Palike (BBMP). It was noticed that many Bengali speaking migrants work with these contractors as garbage pickers and while their work lacks any dignity, they are also not paid by the contractors and they earn their living by selling scrap material, segregated from the garbage picked by them with their bare hands. There have been instances where these workers have raised their voices against such corrupt contractors who take money from BBMP and do not pay these workers their due; but in response the contractor hired new workers, rendering the protesting workers jobless.

The interesting point is that these contractors have links with labour agents who traffic Bangladeshi labourers by bribing sentries in both countries and these immigrants who are in dire need of work, are economically abused at the hands of the contractors and do these odd jobs to earn a meagre living.

Karnataka is not the only state where the preparations for nationwide NRC have begun. Uttar Pradesh government also released a notice to the State police to identify illegal immigrants; even though the police claim that this exercise is not related to NRC, one can easily connect dots and infer that this is a groundwork for NRC.

Mumbai has also not been immune to this ripple effect and it was reported in early September that the State Government had sought a 3-acre plot in Navi Mumbai to set up a detention camp. The ‘2019 Model Detention Manual’ which was released by the Central government states that every city or district which has a major immigration check post must have a detention centre.

While illegal immigration may be an offencethat needs to be dealt with in accordance with the law of the land, haphazard implementation of the Foreigner’s Act in the rest of the country, while no proper mechanism is yet in place even in Assam, can prove to be extremely dangerous and augments fears of an impending humanitarian crisis throughout the crisis.

Panic has set in, in one city, which has emerged as a major commercial hub of India and if the trend catches and panic sets in, many innocent Bengali speaking low income groups who have migrated to such cities to earn their bread and to make two ends meet will be left hapless and will be faced with a kind of crisis that will remain unresolved for a long time. A living example of the NRC crisis in Assam has not escaped anyone’s attention. Owing to the lack of a proper system of implementation in place, Assam is already suffering a grave humanitarian crisis and the danger looms over the rest of the country now.