Are 1,000/ 1,700 acres 'acquired' off Statue of Unity, Narmada dam acquired without Adivasis’ consent?

Even as the Gujarat government is making all out efforts to fill up the Sardar Sarovar dam on Narmada river up to the full reservoir level (FRL), a senior farmer rights leader has said the huge reservoir, as of today, remains a “mirage for the farmers of Gujarat”. 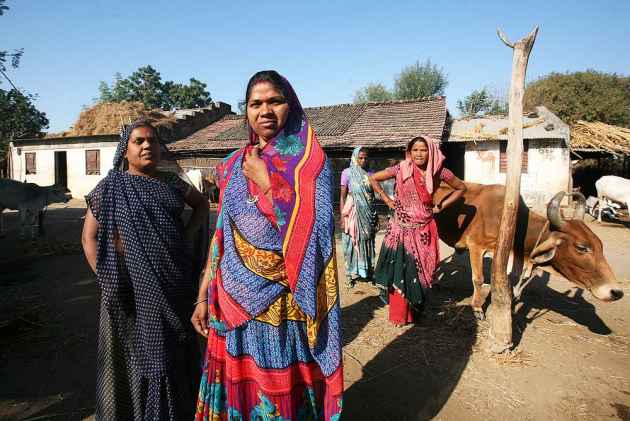 The Gujarat government has already acquired 1,100 acres out of 1,700 acres of the tribal land of six villages – Navagam, Limdi, Gora, Vagadia, Kevadia and Mithi – for developing tourism next to the 182-metre high Statue of Unity, the world's tallest, putting at risk the livelihood option of their 8,000 residents, and is all set to acquire rest of the land, representatives of the villagers have alleged in Ahmedabad.

Talking with mediapersons in the presence of former BJP chief minister Suresh Mehta, a local leader, Lakhan Musafir, who has been involved the tribals downstream of the Narmada dam over the last six years, said, “The government promised to the tribals that they would be involved in the tourism project by encouraging them to open restaurants and become tourist guides, and that tourists could stay at their houses as paying guests.”

Musafir is known to be one of the few local leaders who is put under house arrest and detained whenever a function involving a top dignitary, ranging from Prime Minister Narendra Modi to Gujarat chief minister Vijay Rupani, is held next to the Statue of Unity.

Clearly stating that that they have been “deceived”, as none of this has been realised, a tribal activist, Ramakrishna Tadvi, said, “The tribal farmers were first turned into hawkers, now then they were reduced to jobless workers. The only job they are now randomly offered is to clean up toilets and roads, for which they are offered a mere Rs 170 per day, which is less than the minimum wage.”

Mehta, who led a team of prominent citizens from Ahmedabad which visited the villages next to the Narmada dam before asking them to come to Ahmedabad for addressing the media, said, “Their land has been taken away from them without their consent in violation of the Panchyats Extension to Scheduled Area (PESA) Act, under which the government cannot acquire tribal land without the nod of the gram sabha.”\
ayendrasinh Jadeja, another veteran politician who formed part of the team,  alleged, a Rs 200 crore hotel has been leased out for a mere Rs 1 crore, and the profits from the tourism project are "not being shared" with the villagers, whose land has been acquired.

Even as Mehta pointed out that “the land acquisition is also in violation of Section 24 of the the Right to Fair Compensation and Transparency in Land Acquisition, Rehabilitation and Resettlement Act, 2013”, the villagers present on the occasion showed copies of the gram sabha resolutions rejecting handing over any land.

One of the villagers, Laxmiben Tadvi, said, the state government has “leased out” for lakhs one plot of land belonging to her village for a food parlour and another for parking for the tourists without her consent. “When we go around seeking return of the land for cultivation, the police pounces on us and we are asked to go away”, she said.

Another villager, Govindbhai Tadvi, sarpanch of Vagadia village, said, “The state government organizes big functions next to the Statue of Unity, and all of our land is used for this without our consent. In fact, during functions, we are not even allowed to come out of our residence, fearing we would protest.”

villagers asserted that the land of the Kevadia village, which was taken away by the state government for offices for the Narmada dam in 1960s, is now being “illegally” used for Shreshth Bharat Bhavan and other tourism-related projects. They demanded, as the dam has been completed, the land should be returned to them, and cannot be used for a tourism project.

They said, in all, the danger looms large over 72 tribal villages of the Garudeshwar taluka next ot the Narmada dam and the Statue of Unity. Meanwhile, their agriculture, cattle, life and livelihood have been dislocated.

“We have been dispossessed of their jowar and bajra crops. Instead of rotlas, the tourists are being offered pizzas and burgers. Around 300 tribal hawkers and vendors have now been evicted. The government appears to think that our shadow shouldn’t pollute the tourists”, said a villager.